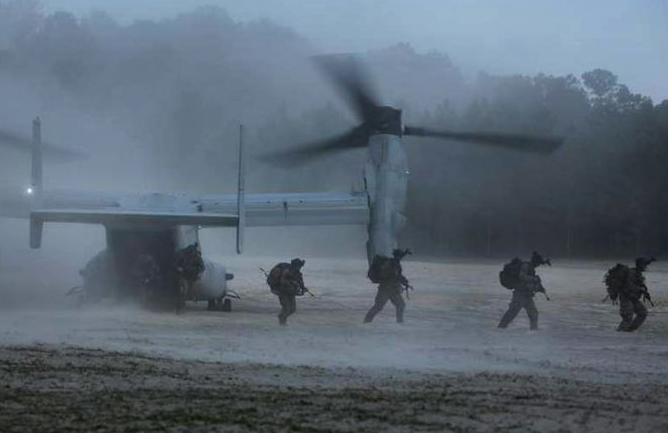 This first appeared in 18 Series Bag Company on April 15, 2022. It is republished here with the author’s permission.

This week I celebrate the excellent entrepreneurs that have come out of the Marine Corps. I have worked with, gone to school with, and am friends with the hardest, most professional SOF operators in the US military, they define standards and won’t quit.

The former Secretary of Defense said, “Demonstrate to the world there is “No Better Friend, No Worse Enemy” than a U.S Marine”. Here are a couple of their small business stories.

It is my great hope that you check each one of them out.

Though my soul may set in darkness, it will rise in perfect light;

I have loved the stars too fondly to be fearful of the night.[i]

I’ve been collecting entrepreneurial stories from the SOF community for a couple of weeks. I know a few Marines, and hardcore ones at that. Friends of mine, Danny and Demetrious, both MARSOC Raiders, put me in touch with several awesome guys that are forging their way outside of the Marine Corps. Then it dawned on me. I’ve been doing sales calls with a great American from Darley Defense, a Defense Logistics Agency Prime sales representative. Sure, not an entrepreneur, but this guy can hustle, and frankly, I need to remember, or even learn, how to do that.

Kain was in the Marines 98’-08’and after two deployments to Iraq had decided that his service to this great nation was complete, and to resume his civilian life. Kain recounted how he bounced around for a time, trying to find his place. He worked a few security gigs and was eventually introduced to sales roles in real estate. The housing crash of 08’ crushed that idea and Kain began looking for other opportunities, and as luck would have it, was directed to the Marine for life network. The Marine For Life Network (M4L) connects transitioning Marines and their family members to education resources, employment opportunities, and other Veterans services that aid in their career and life goals outside of military service (https://www.usmc-mccs.org/services/career/marine-for-life-network/) ( it’s a great tool to check out). He was picked up by Darley Defense soon after and hasn’t looked back since. Kain is the guy in the room that can approach anyone with zero inhibition. Why should he be intimidated to speak with anyone? He was in Iraq. Twice. With the Marines. Having a chat with someone is the last thing that passes his threshold of violence.

I met Kain on one of his regular sales calls to 10th Special Forces Group, just after I had just taken over the Force Modernization (FM) shop. Kain’s fires faster than our M-134 mini-gun and during that meeting, I told him so. I had been in the seat for all of two weeks with zero knowledge about the Defense Logistics Agency (DLA), Tailored Logistics Support (TLS), or the Mission Installation Contracting Command (MICC).  Kain recognized the utter confusion and shock on my face. For the next few interactions, Kain dropped off or sent information about the Army procurement and acquisitions system. It took me a solid six months to get schooled up on the position but when I did, I was able to speak intelligently to professionals within the acquisitions branch. It is the Da Vinci code of contracting; know the appropriate mechanisms to get equipment, know people and policy, and know what you’re talking about. Once you have that, the doors open to a system of talented acquisition professionals who want to help goons like me at the tactical and operational levels. Kain has been invaluable.

I worked with him for three years while at the FM shop. When I told him that I was going to get into the bag space he told me to meet him for beers. When we met, Kain provided a realistic look at the industry, it can be brutal. Once I acknowledged the risk associated with being a bag guy, Kain immediately moved past it and set forth developing a battle plan for the 18 Series Bag Company. SHOT Show was right around the corner so Kain began texting and emailing prospective buyers to stop by my booth, and they did. Kain has offered us booth space at high-traffic trade shows, written us in on events in the future, and even opened his digital Rolodex for us to do sales calls. It’s almost not even real, I never expected such support. I wanted to write this as both a thank you to him, and also to advertise his ability to get equipment to the warfighter. He’s the best.

If your unit has ANY equipment needs, call Kain and he can get you what you need. You can reach him at KainHolland@darley.com or 708-870-7497.

When I asked for a referral from two of the badest dudes that I know in MARSOC, with no hesitation, both mentioned Ron Holmes. Ron spent a life devoted to the Marine Corps, specifically, Force Recon. I called Ron and just like every SOF guy I know, an hour passed before I knew it.  Ron is an awesome dude.

Ron is the inventor of the Ryker Grip, a forward handgrip that attaches to anything with Picatinny or M-Lock. Throughout his career, Ron realized that the thumb over-bore, broomstick, or wedge hand-grips do not remove your hand from the heat. Additionally, shoot your AR while wearing body armor for an extended period and your deltoids get smoked (it’s about good training, not about seeing how tough you can be). The Ryker grip places your hand off to the side, eliminating the heat as well as fatigue on the deltoid. Ron consulted bio-mechanic experts on the appropriate body mechanics, ensuring the most efficient grip on an M4, shooting your AR platform pain-free. The Ryker Grip also helps our Clydesdales with those big sandwich clamps at the bottom of their arms. It reminded me of a time when I provided some, shall we say, remedial training for a Captain and his M4. His hands were so big that I was worried that no matter the grip, he was going to shoot the tip of his finger off with his 10.5” inch barrel. This could have helped him and he would have been better served with the Ryker Grip.

Our breachers and Southern Boys will like this as well as it will change their life on a shotgun, working on both pump and semi-automatic models. Since the support hand is already applying rearward pressure on the Ryker Grip, the pull arc is cut in half to cycle the shell husk and chamber the following round. Belt-fed boys will be happy too. Place the grip on the SCAR heavy or belt-fed weapon systems and you’re putting accurate rounds on target because of your increased positive control.

Outside of being an entrepreneur, Ron has also found that he still has a call to serve. Ron regularly attends speaking engagements and provides mentorship and guidance to aspiring entrepreneurial veterans. Ron said, “as an inventor, some things just don’t take, and when you grow up in a zero-defect environment like Force Recon, that’s a difficult thing to get over, but you keep trying.” Ron explained that the Ryker Grip came as a result of tinkering with a grip and his Navy business partner pushed him to make the grip a reality, guiding Ron to obtain a patent and make the grip real.

The Ryker Grip has been on the market for five years but has had marketing roadblocks as social media platforms refuse to allow firearm advertising. I feel his pain.  Google refuses to allow me to advertise my concealment bag because it conceals…..a firearm. Ron mentioned at the end of our call that anyone who reads this blog can go to the Ryker USA website and use the discount code ‘Ryker20’. Head over to Ron’s website, check out the Ryker Grip, and tell everyone about it.

Ron, I support you 100%. Our guys must learn that they must keep failing forward to get it right.

As a byproduct of writing this blog, I have been very fortunate to meet some great people. After writing about our Green Beret Congressional candidates (here and here), I began speaking with Jameson Sharp, who volunteers his valuable time, along with a network of other Special Operation Veterans, to work on the Special Operation Forces Political Action Committee (SOFPAC). While his name sounds like a character out of an Ayn Rand novel, Jameson is, quite possibly, the most interesting man in the world.

Jameson is an experienced finance mergers and acquisitions entrepreneur who has some remarkable achievements. From time spent as a Navy & Marine Corps HALO Qualified Corpsman, to a staunch advocate and practitioner of Gracie Jiu-Jitsu, to serving in the Kansas House of Representatives, Jameson is blazing a trail the Marine Corps would be proud of.

On the political side, Jameson served in key leadership positions for several Veterans running for State and Federal office.  Jameson advised a small-town Washington State Mayor, and Former Army 75th Ranger, an Army Doctor turned State Rep who ran for Missouri Governor, and most recently, advised an Army Green Beret in his run for Congress.

His volunteer work with SOFPAC is what caught my attention. “Even though I have been unfairly outed as the founder by an online journalist, I was one of several who started the initiative. It is definitely an underground gray network of elite SOF veterans and fellow supporters” Jameson stated. It all began when Jameson and a Green Beret Veteran started an initiative to raise support for fellow Special Operations Veterans running for Federal office. Over time, the mission grew and morphed into an underground network of Special Operations Veterans, helping to push the SOFPAC mission forward, “One of the key components of our work is to keep opposition politicians honest and to root out any corruption and corrupt practices we find.” Jameson is adamant, “We don’t raise funds from the public. It’s referred contributions only. Admittedly, yes, I have been able to facilitate a few large donations from titans of industry for campaigns, but personally, I have given what I can from my own limited entrepreneur pocket.”

Jameson, it’s been great getting to know you and it is very clear. Your mission to help SOF veterans continue to serve in the political sphere is critical. I can’t wait to see what you do next. You can read about our SOF political candidates here.

All three of these men are continuing to push hard after their careers in the United States Marine Corps. They don’t know how to do it any other way. I’ve been thinking a lot about the poem at the start of this week’s blog and it perfectly encapsulates our brothers and sisters in the Marines. It expresses the writer’s belief that the consequences of the effort are such that he isn’t afraid of the hurdles required to reach it. These men are clearly not slowing down.

[i] (from _Best Loved Poems of the American People_, Hazel Felleman, ed.