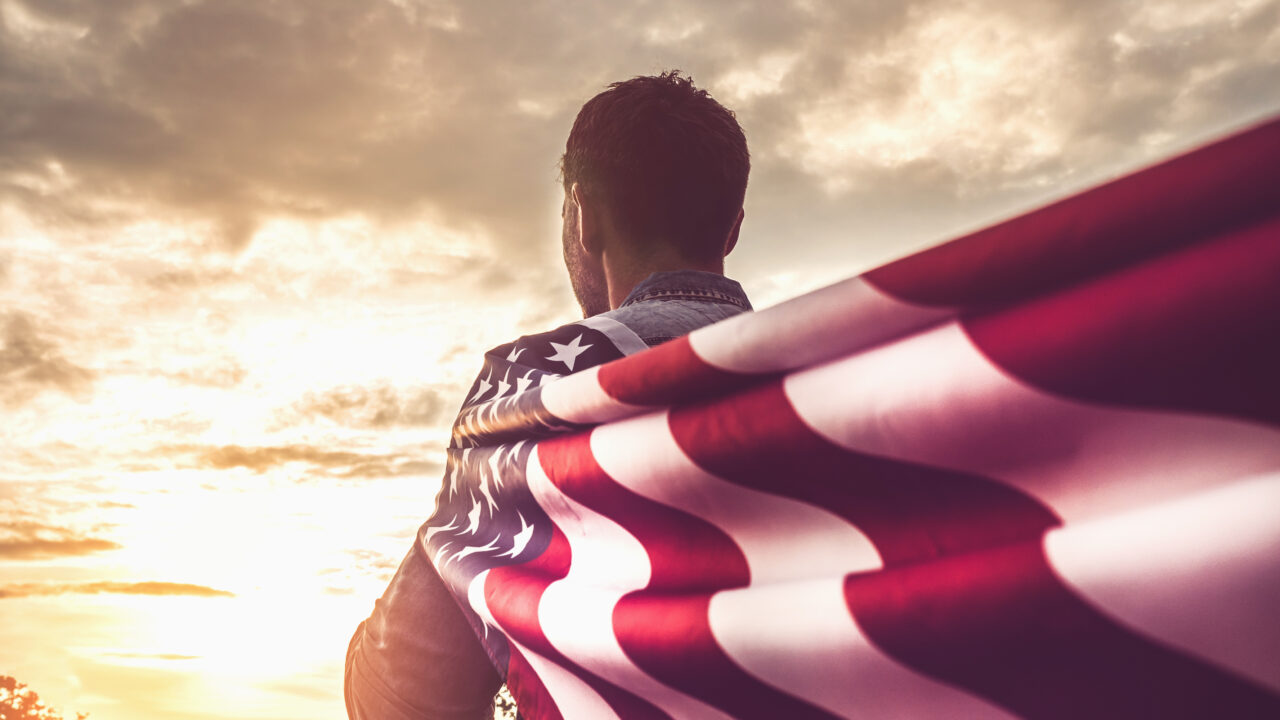 As veteran and active duty suicide rates continue to rise,[1] an answer to the systemic problem lies atop a mountain in Thompson Falls, Montana. It is here, at an austere location undisturbed by phone-reception, divisive news cycles, and distractions, that serves as the “base camp” for Patrol Base Abbate.

In November 2020, in honor of one of his own fallen Marines, Marine Corps Major Thomas Schueman founded the veteran non-profit organization “Patrol Base Abbate.” Named for Marine Corps Sergeant Matthew Abbate—a decorated Navy Cross-recipient killed in 2010 while serving in Helmand Province, Afghanistan—the organization embodies the principles of community, purpose through contribution, and gratitude.

Yet the impact of Patrol Base Abbate is felt more readily through its forty-three local affiliate chapters and seventeen interest-based groups. From local chapters in Austin to Chicago, San Diego, and North Carolina, to group writing workshops, weightlifting clubs, and hunting expeditions, Patrol Base Abbate “meets members wherever they are at today,” in the words of Schueman. And the organization has spread like wildfire – from one Marine’s vision to over 12,000 social media followers and nearly 2,000 members, and dozens of interest-based groups, e.g., book, strength, and music clubs, not to mention,  countless donors who believe in this important mission – Patrol Base Abbate is precisely what the veteran community needed, at precisely the time it is needed.

But why has Patrol Base Abbate flourished?

The answer is in connection and hard work.

Motivations for those who serve in the military are difficult to accurately capture. We each come from a variety of backgrounds and for many different reasons, we don the uniform. Nevertheless, motivation to serve is arguably rooted in devotion to a collective group and sense of purpose.[2]

While other organizations follow a more traditional framework of providing services for the Veteran community — often empathizing with the difficulties of post-traumatic incidences — Patrol Base Abbate endeavors to turn the table. This organization, honoring Schueman’s vision, seeks to place the responsibility on the shoulders of its members, as a collective tribe.

Humans do not mind hardship or a challenge when there is an appropriate attached purpose. In the toughest situations, servicemembers thrive and appreciate the satisfaction associated with sacrifice.  Patrol Base Abbate epitomizes the resiliency of its namesake and an appreciation of intrinsic human motivations.

According to the work of Professors Edward Deci and Richard Ryan of the University of Rochester, who coined the Self-Determination Theory, humans have three basic needs vital for supportive human functioning;[3] to (1) feel competent in what they do; (2) feel authentic in their lives; and (3) feel belongingness to others.[4]  These three needs are considered universal, representing fundamental requirements that “the healthy human psyche on-goingly strives for… and, when possible, gravitates toward situations that provide them.”[5]  Taken to its logical conclusion, these needs are often met through accomplishing meaningful work.

This is starkly different from the commonly accepted connotation of work; that is, to seek financial stability through a job. Meaningful work is driven by purpose, through which humans find genuine fulfillment. Psychologically, people have a need to be where we are needed. Too often in society – sometimes aided by technology – we have created work disconnected from a community, which inadvertently makes one feel unnecessary. The global pandemic exacerbated this problem. The consequence is despair, depression, and loneliness. Arthur Brooks, a social scientist serving as President of the American Enterprise Institute in Washington, D.C., wrote in his book The Conservative Heart:

“Work gives people something welfare never can. It’s a sense of self-worth and mastery, the feeling that we are in control of our lives… Work is where we build character. Work is where we create value with our lives and lift up our own souls. Work, properly understood, is the sacred practice of offering up our talents for the service of others (emphasis added).”[6]

Dedicated to the service of each other, Patrol Base Abbate holds the key to a life of meaning and purpose: it puts veterans to work for each other and their communities. As the members of Patrol Base Abbate gathered in Thompson Falls in June 2021, there was nothing but a primitive single-acre plot of land, overlooking a teeming river and a mountain ridge that dominated the western horizon. While each Veteran came to Thompson Falls for a different retreat– book club, weightlifting, yoga, music, etc. – each was responsible for improving the ‘patrol base.’ What was expected was to leave the site better than one found it, to help another Veteran – the next Veteran, often whom they have never met. As the ancient Greek Proverb suggests: those who plant trees to create shade one never intends to enjoy for themselves, have at least started to understand the meaning of life.

The compounding effects of this attitude, across the organization, is precisely why its success has been profound: the responsibility of each member to ‘fill a sandbag’ – a phrase common to the Marine Corps infantry, indicative of the work priorities required to improve a defensive position, and potentially providing life-saving entrenchment for a group through the unappreciated act of filling one, small sandbag. It is through the community and the commitment to others, Patrol Base Abbate plans to erase the negative trends circulating the Veteran community and promoted by a society, bent on harming itself. Patrol Base Abbate’s unique model centered around the tenant of unified work, exemplifies the tough-love tenants of compassion.

The word “compassion” comes from Latin and means a willingness “to suffer with.” Compassion is defined as “deep awareness of the suffering of another coupled with the wish to relieve it,”[7] related to the compassion we give to others. The only way we can gain an awareness of the suffering of others is to have suffered ourselves. Further, ancient primal behaviors that are typified by good soldiering – loyalty, inter-reliance, and cooperation – which are not easily found in modern society, provide a draw to join.  Arguably, it is the exception rather than the rule that soldiers join the armed services to avoid potential suffering.  Rather, struggle is part of the human “experience” and hardship is an important value of belonging to a community.

A critical part of our universal nature is to avoid pain and seek pleasure. Society plays a central role in how one deals with suffering and adversity. In the United States, we generally reject suffering, seen as an unwanted disruption to the “pursuit of happiness” so foundational to our Founding Fathers and governing documents. However, avoidance of suffering all together was never the intended goal. As Malcom Gladwell powerfully explains in David and Goliath:

“The right question is whether we as a society need people who have emerged from some kind of trauma – and the answer is that we plainly do… There are times and places when all of us depend on people who have been hardened by their experiences.”[8]

Research has shown that fulfillment of needs leads to a host of positive outcomes.  Not unlike a muscle, in order to build strength one must endure discomfort, just as one must endure pain to become emotionally resilient.[9] Only through the experience of tribulations and trials can the body be strengthened, vision cleared, ambition inspired, and success achieved.

The issue(s) facing the Veterans community today is the unquenchable desire to feel as necessary and purposeful, as they did when in uniform. Patrol Base Abbate is providing that purpose and tribe, and should not go unnoticed.

Since time immemorial, we as a people have relied upon the confidence and many contributions of Veterans — from local civic organizations to federal elective service, the diversity, and experience of the all-volunteer military force are unparalleled. However, a lack of meaning and belongingness continues to threaten the vitality of this societal linchpin, especially at a time when it is needed most.

The mission of Patrol Base Abbate acknowledges that most humans want to help one another while appreciating that there is no primal or sustainable benefit from making one’s life easier, per se. Rather, through meaningful investment in and shared hardship among the veterans comprising this group, there is proven to be an untapped benefit – for which society might take greater note.

By reinforcing our commonalities and appreciating purposeful living, we – the Veteran community – are paving a healthy path forward to reverse the recent trends afflicting this most-sacred profession.  Belongingness and work is the solution for the future, and Patrol Base Abbate welcomes all active-duty servicemembers and veterans of all ranks and experiences. There is no prerequisite beyond: service.  Where we started is far less important than where we are going, together.

Now, return to base! There is a sandbag for you to fill.

[2] This is confirmed by a 2011 Pew Research Center survey that captured important factors leading to one’s decision to join the military.  Of those surveyed, 90% listed “service” as important reasoning for joining the military, followed distantly by a desire to “see more of the world.” “War and Sacrifice in the Post-9/11 Era: The Military-Civilian Gap,” Pew Research Center (Oct 5, 2011) (Only 27% said that difficulty finding a civilian job had been an important factor).

[4] See Edward L. Deci & Richard M. Ryan, “Self-determination Theory and the Facilitation of Intrinsic Motivation, Social Development, and Well-being,” American Psychologist 55, 68-78 (2000); For the most concise explanation of the Self-Determination Theory and how it pertains to the legal profession, echo the words of Professor Doug Blaze in his piece Law Student Motivation, Satisfaction, and Well-Being: The Value of a Leadership and Professional Development Curriculum, supra note 30.

[6] Arthur Brooks, The Conservative Heart: How to Build a Fairer, Happier, and More Prosperous America 17 (2015).

[9] See Noam Shpancer, Ph.D., “Emotional Acceptance: Why Feeling Bad is Good: Avoiding Negative Emotions Seems like a Good Idea. It isn’t,” Psychology Today (Sep. 8, 2010), https://www.psychologytoday.com/us/blog/insight-therapy/201009/emotional-acceptance-why-feeling-bad-is-good (offering one of the main causes of many psychological problems is the habit of “Emotional Avoidance,” a term presented by the work of Steven C. Hayes, et. al. Acceptance and Commitment Therapy: An Experiential Approach to Behavior Change (1999); see also Kent Allen,”Veteran Suicide Rates Rose in Recent Decade: They are Nearly Twice as likely as Nonveterans to Take Their Own Lives,” AARP (Jun. 19, 2018), https://www.aarp.org/home-family/voices/veterans/info-2018/veteran-suicide-rate-rise.html

Chris Davis has published extensively in the area of leadership, law, and Stoicism.  After nearly eight years on active duty in the U.S. Marine Corps, he received orders to attend law school at the University of Tennessee where he earned his Juris Doctorate. Since returning to the Fleet, he has served as a Trial Counsel aboard Camp Lejeune and Judge Advocate assigned to MARSOC. The views expressed in this article are solely the author’s and do not represent an official position of the U.S. Marine Corps, Department of Defense, or the United States Government