Caring for Those Who Have Borne the Battle, and Those They Leave Behind
by Cora Kane

“To care for him who has borne the battle, and his widow, and his orphan.” – Abraham Lincoln (VA motto)

As Veterans Day approached this year, I wondered not just about the men and women who gave all in the ultimate sacrifice, but about their spouses and families as well. I wondered what happened to them after Taps had played and a folded flag had been held in their laps while they watched their loved one as they were lowered into the ground. I wondered if they were being taken care of, if they had shoulders to cry on, or if they were alone and scared and unsure of how to go on. 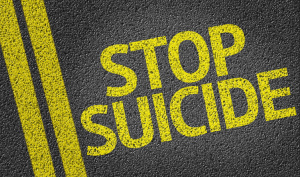 And uncounted they are. I want to be able to give you the exact number.  I wish I could tell you that for the 22 veterans that take their own lives each and every single day, there are X amount of family members and spouses who do the same. But I can’t. I can’t give you these numbers because as of right now, they don’t exist. And when they finally do exist, which at the earliest will be another two to three years from now, that number will be far from accurate.

The Pentagon has finally decided that tracking the suicides of family and spouses is a silent epidemic worthy of study. However the Pentagon is only throwing what amounts to “a drop in the bucket” towards it. And by the way, the Pentagon is buying the information from the Centers of Disease Control. The CDC will only be tracking the suicides of those with ID cards, which they’ll get from the states that report it. Many states don’t.

There’s an adage here that I think fits: “You get what you pay for.”

For the sake of this article, I am solely focusing on the suicides of family members and spouses as a direct result of the loss of their service member. I believe that we can lower that number before the results of that barely funded and poorly executed study are even made public. I believe we can save the life of one of our own. But I believe in order to do so; there are changes that need to be made.

This is the age of the “Nuclear Family,” which essentially, are the parents and children and no one else. No one that is, except for our fellow military nuclear families. We no longer have homes filled to the brim with grandparents, cousins, and strange uncles who spend all their time in the basement fiddling with transistor radios. The moves we make to new commands and locales keep us to ourselves and we learn to rely on our fellow military families for all means of support, from deployments to loss.

But what happens to that family member when the service member is lost? What happens to that sturdy link in the chain when the reason they held on in the first place is gone? Unfortunately, it depends. It depends on the unit, the command, and the community that family member was a part of before they experienced such a tragic and often violent loss.

It often depends on complete strangers.

Mindy* lost her medic husband in 2011 while he was deployed to Afghanistan. When I asked Mindy what kind of emotional support she received from the command after her husband’s death, she uncomfortably laughed and said “I got a card,” before bursting into tears on the phone. Mindy said that she didn’t receive a single phone call from anyone in the command including the Family Readiness Group (FRG) except from those she knew personally. Once the money hit her account, Mindy stated that her Casualty Assistance Officer (CAO) cleared out as well. Mindy then told me: “That was the worst feeling in the world, to wake up and see that money there and to know that my husband was really gone.”

Unfortunately, Mindy’s case was not a singularity. Many of the families that I had the honor of speaking with had very similar, heart wrenching stories. Others, however, painted a much different picture.

Sarah* lost her son, an experience that I as a mother could not fathom. It’s still not something that I can willingly think about without my chest hurting. Sarah’s son was part of a tighter knit community within the armed forces. His beret was a different color. Sarah stated that she had an excellent experience with her CAO, who immediately set her up with nonprofit organizations uniquely designed to aid military families after the loss of a service member. She even affectionately called her CAO “Sergeant Angel.”

Was Mindy’s lack of support after her husband’s death based on the fact that he was part of conventional military instead of a more elite group? I don’t believe so. I do believe though that there are some communities that are closer knit than others, that make more of an effort to keep in contact with the spouses and families of the fallen than others.

However, the first face both of these women were introduced to after their loss was that of a stranger. It was the face of the CAO assigned to them during the most emotionally precarious and difficult times of their lives.

The CAO assigned to these families do so after a week’s worth of training. The CAO is a service member who has obtained a certain rank and who has been chosen by their command to attend this training.  Once a CAO is given a case, it is supposed to take precedence over everything else, but again, unfortunately, that is not always true. These CAO’s have to balance many hats, starting with the fact that they still have to perform their regular duties in their assigned jobs.

The military is a machine that needs to be well oiled if it’s to keep fighting. Sometimes the needs of the military are bigger than the individual needs of those of us who are dealing with loss. Sometimes, the military needs that CAO back in their regular position, training, fighting, deploying. Depending on the needs of the command and the CAO’s assigned job, some families and spouses get better initial care and support than others. After I’ve had the chance to speak to a few CAOs however, I know that most do the best they can with each and every case they are given, but they’re limited in their capabilities.

The CAO is supposed to be in contact with the family every thirty days for six months and then once every six months for up to two years following the loss of their service member. Only one of the families I spoke to retained this connection with their CAO for this amount of time.

Even Sarah admitted that her CAO was “encouraged to wean me off to be independent as soon as possible.”

Think about this for just a moment: In many cases when a family member or a spouse loses their service member, they lose not only them, but the rest of their military family too. That’s a lot of loss for an individual to handle. In some cases, it’s too much. I believe that loss is sometimes the final frayed string of a once mighty rope.

The Department of Defense is woefully under equipped to handle the emotional and mental repercussions suffered by family and spouses after a service member’s death. And while attempting to cross train our service members to aid the families is a great idea in theory, it’s not enough to stymy the suicides of the ones who stood behind the service member. To paraphrase President Lincoln, we need to do a better job of caring for those who have borne the battle, and the ones they leave behind.

Even the creation of nonprofit organizations such as the Tragedy Assistance Program for Survivors (TAPS) and the Gold Star Wives of America, which has alternate programs for husbands and parents, is not enough. It’s not enough because these wonderful organizations created by caring and unselfish people don’t have the proper access to installations. For many of the families I spoke to, they had to reach out to these organizations first. These organizations were created because the DOD has been unable to provide a solution or adequate mental and emotional care to widows and parents who lost their children to war.

Death is a boulder thrown into a small pond. The resulting waves do not simply dissipate but instead turn into tidal waves, heading out in all directions. This is especially true in the military community. We, as the military community, are a smaller pond than most. Every death of one of our service members is a blow to us as a whole. When there are no sandbags in place, no levees to hold back the oncoming flood, many family members and spouses have nothing to save them from the wave of grief and loss they experience and the damage continues on. It moves from pond to pond from shore to shore and the effects are disastrous.

There absolutely needs to be more programs and organizations funded by the DOD to build up those shorelines and sandbags. Cross training service members to be brief flickering glimpses of candlelight in a storm is not enough. There needs to be relief workers steadily present with blankets, shelter, and flood lights at the ready for the grieving members of the fallen. We need to have a way to let the family members and spouses know that although their service member is no longer present, the dedication, love and support they have shown them and their commands was and is still much appreciated. We need to find a way to let them know, that at the end of the day, they are still very much a part of the family and that there is always a shelter from the storm available to them at home. The place they called home for so long. The military home. There needs to be complete blanket coverage for all families of the fallen.

I know that figuring out the logistics of such an undertaking would require years to fully work out. There are many other sub-issues to consider that I was not able to address in this article, such as the families that live far from an installation. But we don’t need to have all the answers to address the fact that there is a problem.

Do I believe that such a program would completely quell the silent epidemic that’s just now being recognized? No, I don’t. But it could help some. As Helen Keller said: “Walking with a friend in the dark is better than walking alone in the light.”

This first appeared in The Havok Journal November 21, 2014.

Cora Kane is a horror/thriller writer who currently lives outside of Tampa, Florida with her husband and their children. Her first novel, Briar Lake,  has been picked up for publication and was released in 2015. Originally hailing from one of the small towns that surround Ft. Bragg North Carolina, Cora wanted nothing to do with the military lifestyle until her husband swept her off her feet. At a very early age, Cora fell in love with reading and soon thereafter discovered her affinity for writing. This love helped her to excel in school, except when she would get caught reading in algebra. While she can’t count very high, Cora is proud of her role as a military spouse and everything that it encompasses, including its unique challenges. Cora balances her time chasing babies, creating monsters, being an awesome wife, drinking absurd amounts of coffee and writing for The Havok Journal. Cora can be reached at corakane.author@gmail.com