How Do You Manage Your Kids’ Digital Devices?
by Matt Trevathan

“How do you monitor your child’s phone?” I get asked this question a lot. It’s easy to get scared as a parent these days with the amount of data and access that a mobile device provides your teenager. Many parents are understandably concerned about the access to the Internet, messaging, mobile apps, information and people that we didn’t have as kids.

Let’s face it, if you had a Playboy as a teenage boy, you were the hero of the neighborhood. Now, kids can digitally drink smut from Internet fire hose, but it’s not just what they view that worries parents:  it’s what they do. Teens don’t think about the repercussions of sending a picture or openly talking to a stranger over messaging. I’d suggest simplifying this line to “If you’re a parent and your child has a phone this crosses your mind.”

I’ve talked to parents that want to monitor everything their child does on their phone. I’ve also talked to parents that have no clue what their kids have installed on their phones and who they text.  I’m not a big fan of the big brother approach monitoring my kid’s phone. In truth, you need a balance of control and freedom to allow your child to make some mistakes but prevent them from making those big mistakes. Here is my approach to handling mobile devices with my children.

Talk to Your Kids

I’ve talked to my kids about how posting something on social media or sending a picture to someone never goes away. In some cases, I’ve seen kids screenshot a text sent to them where one child has said something bad about another. Unlike spoken rumors spread throughout high schools and middle schools, written words are far more damaging than the spoken word because they are permanent. A text sent in passing can easily end friendships or create a wave a cyber bullying against a child. The bad thing about text or anything digital is that teens naively assume what they text or pictures they send go away.

It’s not only the social ramifications that children need to worry about. There are legal implications too. In an article by Alex McKechnie, McKechnie points out that children who aware of legal implications were significantly less likely to sext than children who were unaware of the consequences. Most kids don’t understand that transmitting and receiving a naked picture of one of their friends on their phone can get them tagged as a sex offender. This is something that can trail them for the rest of their lives.

Here is the plain truth, if you haven’t talked to your kids about being responsible with their mobile device, it’s like giving your kid the keys to your car and telling them to go out and learn to drive on their own. You teach them how to drive responsibly. Talking to your children about responsibly using their mobile phones gives them the guidance they need to start using their phone. This is also a good time to set some ground rules about your access as a parent to your teen’s phone.

When I gave my oldest child her first phone, I set some ground rules. In the end, she understands I own the phone, and she gets to borrow it.  I wanted her to know I could take the phone at any time. I also set some other ground rules that make life a little easier to get control of her mobile world.

First, I have their passwords. It’s my phone. Most of the time, my children won’t do something on their phone because they know I can look. Next, I don’t allow my children to charge any wireless device from an iPad to an iPhone in their rooms; I make them charge their phones in the kitchen at night. This serves two purposes. It ensures they go to bed, but it also puts the phone in my control every night when they go to bed.

Finally, I don’t check my children’s phone every night. There is a balance between a responsible parent and being a helicopter parent. I do spot check my kids’ phones every once and a while, and I may check my kids’ phones if there is an overall change in their moods to see what’s going on. In general, my kids understand that I always have access to their phone, even if I don’t exercise that access on a regular basis. This helps deter bad behavior and gives me access to their phones if I think something is going on. At the end of the day, it’s about teaching personal responsibility. My children know I can look, but I’m not always looking. This helps teach the responsibility with some parental oversight. 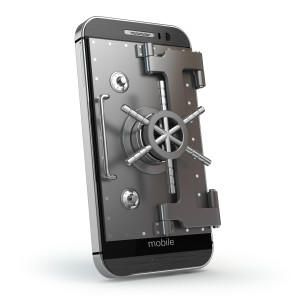 It’s important to think about why you need to monitor your child’s phone before you add monitoring software to it. Sprint, Verizon and AT&T offer family monitoring services that shows your child’s location, who your children are calling and who they are texting. Additionally, these services allow you to block numbers, set data limits and times of day they can use their device. In the end, these services don’t show pictures sent via social media apps or the actual text sent.

If you decide you need to look outside your mobile provider’s network to monitor your child’s texting or social media, understand that you’re opening your child’s phone to a third party to receive pictures, text or monitor apps.

Before you pick a 3rd party monitoring service, understand their privacy policies. How will your data be used? If you are going to monitor your child’s phone, look to reputable companies such as Teensafe, Life360, and Canary may be just what you are looking for.

It’s hard to be a parent with the sheer amount of data and interaction your kids can have with each other and even strangers over the Internet.  The first line of defense is always talking to your teens about the dangers of sexting, cyber bullying and the permanence of doing things in a digital world.  It’s also a great time to set the ground rules you need to keep control of your child’s mobile world.  If you think your at the point you may need to monitor your teen’s phone, there is reputable software that can help you, but you need to be aware of how these companies are going to use any data captured on your child’s phone.  Don’t settle for a fly by night service. Do some research before you install a 3rd party monitoring service on your child’s phone.