Editor’s Note: In this series of articles from 2016, HJ writer Michael Kane interviews Ranger Up CEO Nick Palmisciano, who is considered by many to be “the Godfather” of modern veteran entrepreneurship.  Nick was listed by We Are The Mighty alongside other high-profile veterans like General Stanley McChrystal and Veteran Affairs Secretary Bob McDonald as a “veteran poised for impact” in 2016.  In this multi-part series, Nick addresses starting a new business, work/life balance, the pitfalls of politics, and the importance of giving voice to the veteran community.  This is the final installment of this series.  You can find the fourth installment here, or start the series from the beginning.

HJ: I like it! It’s been a blast just from the online side of things just watching you guys with Article15. The videos you all do together are always fun to watch. A lot vetrepreneurs are starting small businesses while they are, like you were, trying to juggle a day job and the responsibilities of family.  What suggestions do you have for them as they try to keep it all together?

Nick: There’s no easy answer. You’re always going to be lacking in something. I try to balance the same thing. This time of year, I’m kind of a crummy dad, just because I’m here all the time and I have to be. But then in January when everything slows down, I’ll be home half-days everyday, I’ll take an extra day off every week and I try to make up for it. 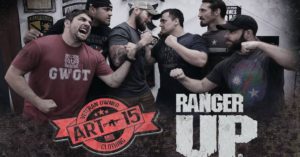 You’re never going to be satisfied. Either you’re going to have a great day with your family or you’re going to have a great day on the job. It’s the curse of the entrepreneur. My life used to be come home from work, spend a couple of hours with my ex-wife and my daughter and when my daughter went to bed I would work all through the night until about 3am and get four hours of sleep and then I would go to my day job and then I would do it all over again. Over, and over, and over, again for three years. That’s the best I could do to balance it back then. There’s just no good answer, it’s just hard.

I know I sound a little negative, because I keep saying this is hard, but it’s incredibly satisfying. Without the risk the huge reward isn’t there. We’re making a Hollywood movie right now, that I think is going to be really good. But even if it isn’t, I got together with a bunch of my friends and was able to raise a couple of million dollars and make a Hollywood movie. It’s crazy! It’s crazy, the fact that we get to do that. It’s thrilling, it’s exciting. If I hadn’t pushed all in many times, I wouldn’t be in the position I am now to be able to be a part of that. If Mat Best hadn’t pushed all in many times, he wouldn’t be in the position to be able to do that. It truly is like a magical moment, where the efforts of many people have come together to create something that I think is going to be awesome. This is the moment entrepreneurs live for.  This is huge. Whether or not it works. If we put out this movie and it’s not received well, we still went for it. That’s what you’ve got to do over and over again. You’ve just got to go for it.

HJ: Yeah so… speaking of your movie, I know you don’t want to give too much away about your upcoming movie, Range 15,  but how cool was it to hang out with William Shatner?

Nick: It was cool man, it was really cool. I’m a huge Shatner fan from his Boston Legal days. He’s obviously an icon from Star Trek but, Denny Crane was such a cool and nuanced character. I pushed really hard to get William Shatner to be a part of the movie. I really wanted him to be on board. I’ll tell you straight up. That guy showed up prepared. He was the one, if anybody was going to be the diva, you would expect him to be the diva because he’s William F’ing Shatner. But he showed up, he was cool, he knew his lines inside and out.

There was a scene where Mat had to kick him. And Mat kind of tapped him, because you know, William Shatner’s not a spring chicken anymore. And William Shatner, was like “Come on man, kick me! What are you, some kind of a pussy?!” Funniest fucking thing I’ve ever seen in my life. I was like “Hey Mat Best…William Shatner just called you a pussy.” It was like, the best day ever. It was great.

HJ:  Hahaha, William Shatner is probably one of the only people on the planet who could get away calling Mat Best something like that.  I was going to ask what you do in your free time, but it sounds like you probably don’t even have any?

Nick: No. I really don’t. This last year was probably the hardest year I’ve had between the movie and Ranger Up that’s two full time jobs. It was almost worse than when I had a corporate job and Ranger Up. Because I just didn’t know what I was doing on the movie side. There was a lot to do. There was a new battle to fight every day and a lot of things to take care of. Everybody has a different dynamic. So in the Range 15 dynamic, I am the grinder/worrier. So every day I wake up and I’m worried about what needs to get done and I’m trying to get it done. I’m like “Hey, we gotta do this, we gotta do that. What do you guys think of this?” So I naturally carry that stress, the last 18 months of getting the movie written, putting the movie together, getting the movie funded, getting the actors, getting all the documentation, getting the insurance, all these crazy things.

Making a movie is one of the hardest things in the world, which I know sounds weird because I didn’t think it would be that hard but it’s hard. We’re balancing all the personalities, because we’re all big personalities, we all have goals. It was just very, very challenging. But we put in so much work that we were better prepared, even though that it was our first movie than big Hollywood people typically are. We didn’t appreciate that until about a week in, the whole crew was like “you don’t understand, people show up and don’t know their lines and you guys just did 4 pages of dialog without missing anything. That just doesn’t happen.” 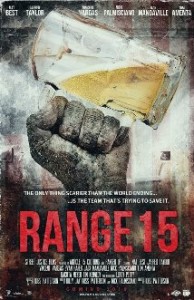 We knew the script in and out, we knew when there were props missing. We were all just so prepared we practiced so much together and it paid off and it made it fun for the crew and just little things that are just military things that none of us would think anything of. At the end of the day, Me, Mat, Jack, Jared, Rocco, Tim Kennedy, we’re all out there, cleaning up with the crew helping them load cameras and chairs.

It freaked them out the first few days.  They were like “you guys are the talent, you don’t do this; this is what we get paid to do, just head out.” And we were like “Um, no, screw that, you’re not going to clean up by yourselves” Hollywood actors just don’t do that. They get treated a certain way, they don’t spend any time talking to the crew, they’re in their trailers the whole time. We were barely in our trailers for anything other than to change. We were out there trying to help out, trying to learn, trying to fix problems.

That’s just another example of the military mentality. Even the extras, the guys that came out just to help with the movie, were picking up jobs. It was awesome. It was such a military scene. We had 30-40 military extras that were either being zombies or soldiers or whatever on any given day and these dudes would just organize themselves almost into squads, there would be clipboards. If things weren’t going well, if one of the crew needed help, they would almost appoint themselves a team leader and go and help out the crew member. It was just hilarious. The crew just didn’t know what to do.

They were like “we’ve never seen anything like this you guys are nothing like what we thought.” They thought were going to be all  serious and “military” and what not, and we’re out there, we’re screwing around, helping out, messing around and basically just having a really great time while we’re out there working 17-18 hour days.

It was just a great time. It was one of the few times when you’re in a moment, and you’re like, man this is a special moment and I need to appreciate it. There aren’t many of those. A lot of times you’re doing something, you’re bitching about it, you’re complaining and then years later, you’re like “those were the best of times.” We all have been through enough that you know, no matter what happens from here, this is awesome. Just a real special time. Range 15 was awesome. Filming Range 15 was great. I’m hoping that the fans love it as much as we loved making it.