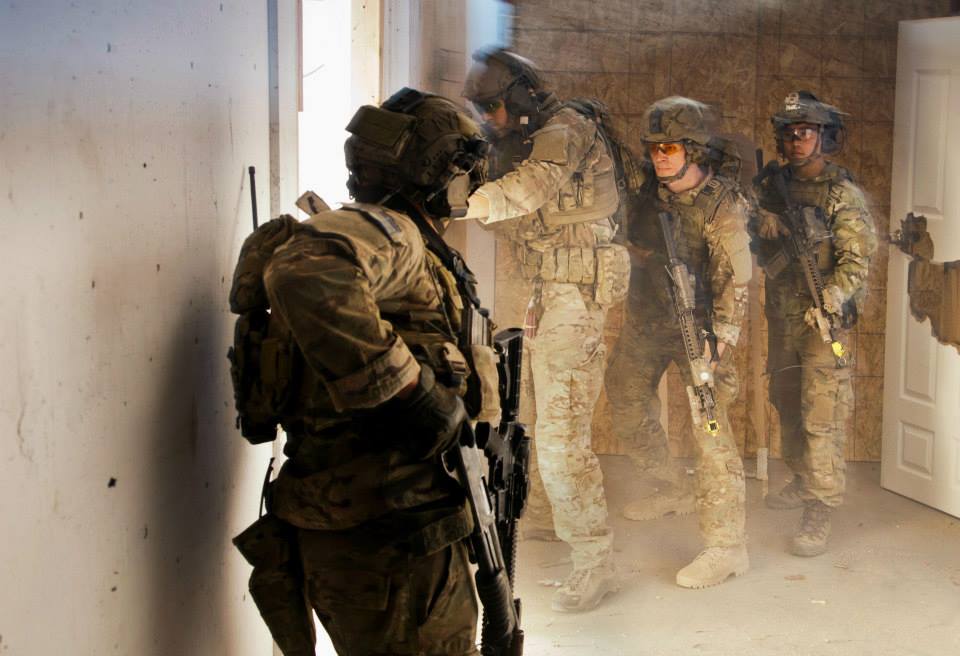 Ranger Assessment and Selection Program 1 (RASP 1) – RASP 1 is an 8-week course ran by the 75th Ranger Regiment and boasts an approximate 33% graduation rate (that number can vary based on time of year as well as other factors). It selects and trains soldiers in the rank of Private through Sergeant for service in the 75th Ranger Regiment. Upon completion of this course, graduates have the basic capabilities to conduct operations as a junior member of a Ranger strike force or command element.

RASP 1 is divided into two phases. Phase 1 is the primary “weeding out” phase, as well as conducts initial standard testing such as the timed road marches and PT and swim tests. Phase 1 also includes the notoriously brutal “Cole Range” week of training. Phase 2 focuses more on the special operations-peculiar skills needed for service in the Regiment, such as explosive breaching, advanced marksmanship, and advanced first responder skills. Upon graduation of RASP 1, the new Rangers are awarded the Black, Red, and White “Ranger Scroll” as well as the Khaki (tan) Beret. At this point, they are considered full-fledged Rangers and are assigned to one of the four Ranger Battalions of the 75th Ranger Regiment. It should be noted that Ranger School is not required before attendance at RASP 1, but some students are Ranger School graduates already. Airborne School is a required pre-requisite though, as all soldiers need to be airborne-qualified for service in the 75th Ranger Regiment.

senior grade leaders for assignment to the 75th Ranger Regiment, and teaches them the operational techniques and standards needed for their time in the Regiment. Upon successful completion of this course, graduates are awarded the Black, Red, and White “Ranger Scroll” as well as the Khaki (tan) Beret and are assigned to one of the four battalions in the 75th Ranger Regiment. It should be noted that Ranger School is not required before attendances at RASP 2, but most students are already Ranger School graduates.

Hopefully this short primer explains all the nuances of anything relating to the Army Rangers, and maybe even answers a few questions that are floating around in response to the pending female graduates of Ranger School. Chief among them, “Why aren’t they going to the Ranger Regiment if they passed Ranger School?” Because Ranger School has nothing to do with the 75th Ranger Regiment and is definitely not the selection course for service in the 75th.

This article first appeared in The Havok Journal September 8, 2016.