HomeCulture“Best Ranger” Mentality: Push it to the Limit 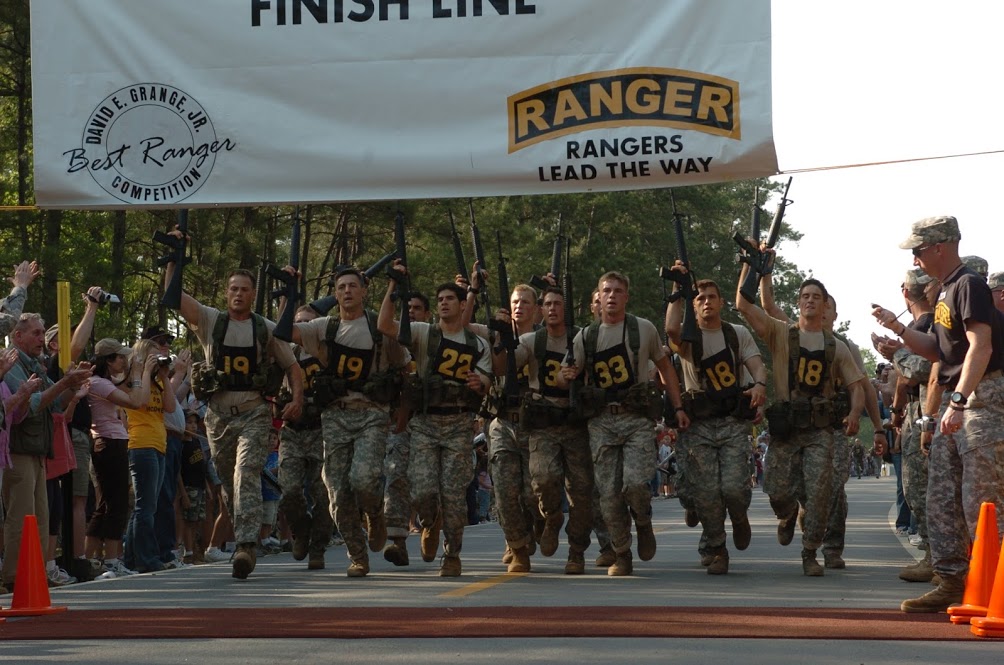 “Best Ranger” Mentality: Push it to the Limit
by an anonymous Ranger

As I crossed that finish line in 2001, I genuinely, and finally knew what it was to be tested. Up until that time, I had conquered most challenges I had thrown myself into without feeling that I had ever, truly, been pushed to my limits.

I had won State & National wrestling championships, a State football championship, finished marathons, triathlons and had made it into the 75th Ranger Regiment as a private. I volunteered for every hard school possible including the Special Forces Combat Dive school; a school that even most Army Rangers would tell you that you were crazy to attempt. I had gotten to a point where I thought that there was nothing that could kick my ass, physically and more importantly, mentally.

Most people try their hardest to avoid what appears to others, to be failure.  A few, though, endeavor to strive to reach their maximum potential and then push past even that. I was never afraid of failure; I was always afraid of not knowing what was possible for myself, not knowing how hard & how far I could push myself. There’s something to be said about intimately knowing what you as human being can endure; or can’t endure.

Some would argue that this has to do with machismo but it is on a completely different level. Some people spend a lifetime seeking enlightenment while others push the mind and body past its limits and find that intrinsic knowledge that everyone seeks; the knowledge of self and that life is what YOU make of it. Unfortunately, for most, they will never know the limits of their potential or lack thereof limits.

Over the years, I had seen many men meet their limits and have the image of what they thought they saw as themselves destroyed in an instant. I’d seen grown men crushed because they could not accomplish what they saw themselves able to accomplish. In spite of this, I still wanted to push myself to my limits, not to find my limit and stop, but to find my limit and push past it. Your body will quit and your mind will want to quit; and to push past that takes a monumental psychological & mental effort. 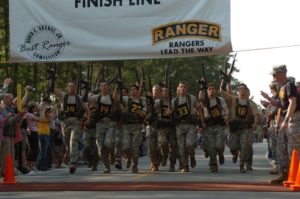 In all honesty, you can be assured that I had been pushed close to those limits; often times of my own volition. I put myself in peril quite often, just training for the challenges I set upon myself. On more than several occasions I was alone, training in hot weather, miles from civilization with no water or any way to call for help and all I could think was, “How stupid am I going to look if this is how I die.” Fortunately, I never succumbed to my lack of preparation and momentary stupidity but I did spend years training my mind and body; you don’t just wake up one day and say, “I think I’m going to do a 50-mile mountain run today.”

Eventually, I had the opportunity I had been waiting for; to compete in the U.S. Army Best Ranger Competition. Three days competing against the top men in the US Military in what was and still is considered one of the toughest endurance competitions in the world. I was recovering from a calf injury, battling bronchitis and I was still sure that me and my Ranger buddy; a seasoned physical phenom and fellow combat diver, could win or at least finish in the top 3; goal of course being a first time out win.

We were in 7th place going into the second night, with hopes of jumping a few spots but that was quickly dashed during a 40 to 50-mile trek through, what we call, dinosaur land in Ft Benning’s nastiest terrain. By the time the sun started to rise, we were just hoping to finish the orienteering course and not be eliminated from the competition. After 11 hours and 50 minutes, we finished the course with 10 minutes to spare, only to find out we were first up for one of the hardest obstacle courses in the world.

As thoroughly exhausted as I was, I felt a great comfort and happiness. During that second day of the U.S. Army Best Ranger Competition, I had pushed myself to a point I momentarily thought I wasn’t going to be able to pass. There was finally a point where I thought, I’m finished, why continue, I’m beat. I had met that side of myself that I didn’t think existed, the, “I’m done, I quit” self.

I had to resign myself that morning to the fact that I was NOT going to win the Best Ranger Competition on my first try but I was overwhelmed with joy, knowing that I had finally met that human impulse to quit, to give up. Instead, of that course, though, I looked deep inside my heart and mind and decided that I wasn’t going to allow that part of me to exist.

Only twenty 2-man Ranger Teams, out of 50, finished later that day. Crossing that finish line was one of the most momentous events of my life. In Combat Diver lingo, “I saw the wizard and told him to (****) off.” I wanted to quit but drove on whether I was going to be allowed to officially finish or not. Where others might see failure, I felt triumph. I finally felt human and at the same time super-human.

I’d spent most of my 29 years being the best I could be at whatever was put in front of me; this time I wasn’t the Best…but I was the Best “me” I had ever been. There was no outward celebration but I felt like a new person, I knew that I could do whatever my mind set out to accomplish from that point forward. I would compete and finish again but that was the year that I would have to look back to for strength in future times where I would face personal, physical & financial trials & tribulations. Most would think, “It was only 3 days.” It wasn’t the 3 days, it’s what happened in those 3 days that set the path for the rest of my life.