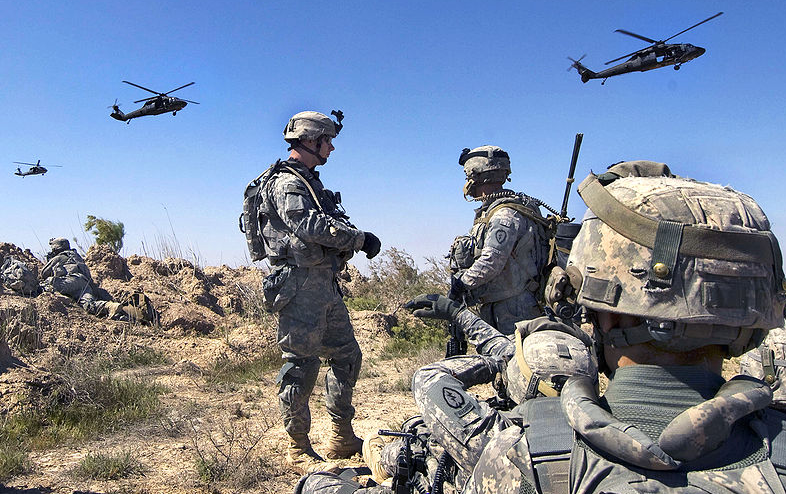 At Mcdonald’s, the dayshift manager tells the other employees what to do. At Ford Motor Company the production manager for third shift ensures that doors are correctly installed on Ford Mustangs by the employees who work at night. In 3rd Ranger Battalion, a Staff Sergeant is in charge of a squad of soldiers and their equipment.

In every organization, appointed leaders are tasked with managing people and things. In ideal situations, they are given these positions 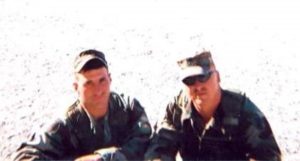 based on their experience and training. Sometimes there are other factors at play that result in promotions such as politics. They are generally given rank and title (manager, team leader, supervisor, lead associate) and a unit to manage (team, shift, unit, detachment) with a span of control (10 marines, 5 sales associates, etc.)

Despite this, within every organization is a leader (or, in some cases, leaders) whose influence goes far beyond their appointed rank. They can motivate employees, get people to follow them, and get things done. They are the “go-to” guys and gals of their respective workplaces. Their influence transcends their rank. I call them the” Transcenders” (not to be confused with transgenders, get your mind out of the gutter…).

I was a medical platoon leader visiting the National Training Center at Ft Irwin California. For anyone unfamiliar with the place, it is a training center in the desert where units battle an OPFOR. I was with an Airborne Infantry Battalion about to go through a month-long rotation there. Prior to the “War” kicking off I attended a briefing at the base hospital regarding how we would collectively deal with injured soldiers.

A Captain spoke first. He was in charge of the Emergency Room. During his briefing, he told us if we needed anything from his unit we should contact Specialist Wilson. Wilson, a twenty-something soldier, had tucked himself in a corner in the briefing room. He gave a sheepish smile when the Captain mentioned his name.

Next, the hospital commander spoke. The Colonel also mentioned Specialist Wilson in his brief as a point of contact for any issues at his hospital.

The wargame began with a parachute drop. A lot of soldiers got hurt and subsequently ended up at Weed Army Community Hospital (the Ft Irwin hospital). After everyone had been evacuated I responded there to check on the injured and to retrieve equipment. I asked the charge nurse where I could find some of our soldiers. She told me to check with Specialist Wilson. In the Emergency Room, I checked with the NCOIC to see about getting some of my backboards back that were used during patient evacuations. He also said to check with Wilson.

When I found Wilson he was able to help me with everything I needed. It took him a while because, while trying to help me, he was constantly interrupted by Senior NCOs and Officers (Captains, Majors) who also worked there and needed his help with a variety of matters. 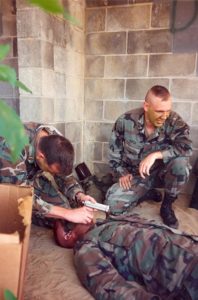 So, from what I could gather, a kid in a non-leadership position was in fact the de-facto leader of an entire military hospital with hundreds of employees! How could this be? He wasn’t an NCO, he held no rank? Despite that, he appeared to be the most important person in the building.

I’ve seen this other times in the military. As a Medical Platoon Leader, I had an E-5 who was in charge of a group of line medics assigned to an infantry company. Sergeant Popish was my, “go-to” guy. If we needed a piece of equipment, he knew where to get it. The other medics in the platoon, including the platoon sergeant, would come to him when they had personnel or logistics issues. Other senior leaders outside of my platoon would come to him with requests. It would go something like this. Doc Popish would come to me and say: “Hey sir, Major Hooper (Battalion XO) hit me up and asked for a couple of medics for EIB testing next month. I told him we’d help him out” or “Captain Baker (Rifle Company Commander) needs some CLS (Combat Life Saver) bags. I know where to get a few. I’m gonna hook him up”.

As a young lieutenant, I wasn’t sure what to make of all this. I had this buck sergeant basically running the show. Fortunately for me, Doc Popish was a great guy who had the best interests of the unit at heart. I didn’t see any point in trying to restrict his activities since they always worked in my favor, so I pretty much gave him free rein.

I learned to actively seek out the transcenders in my future units and use them to my advantage.

In a reserve Psyop unit, I had a detachment NCOIC, SSG Carlin. Carlin was like Popish, a mover and shaker with influence far exceeding his rank. We had the best detachment in the company, mainly because Carlin would pick the best incoming soldiers and would reject any underperformers. He had unfettered access to anything from the admin and supply sections. We always had the best-maintained vehicles and other equipment and got the best missions.

Later, I was put in charge of the Psyop Battalion’s Headquarters Company. I brought Carlin in (an E-7 at the time) and made him my First Sergeant. Often Carlin would be called to the Battalion Commander’s office because the Colonel wanted his advice or needed something from him.

Like Sergeant Popish, Carlin was well respected by his subordinates, who would follow him into hell for a glass of warm water.  Both men were also guided by moral compasses which meant they routinely did the right thing.

A few words of caution on transcenders. I was fortunate to have had two (three if you count my brief encounter with Wilson) that put the needs of others before their own needs. In Popish’s case, he had put off going to BNCOC (NCO School) to take care of his Battalion. His prior platoon leaders and company commanders had allowed this to happen since they needed him around. So, as a leader of a transcender, make sure you take care of them. I had to force Popish to go to BNCOC (although I must admit, I put off sending him for as long as I could). Also, be aware of those rare transcenders who are only in it for themselves. These can be extremely harmful to a unit. In my experience, these are fairly rare.

Finally, have enough humility and confidence to allow the transcender to do what they do best, cutting through red tape and circumventing command channels to get things done. If their heart’s in the right place it will not only benefit you but the organization as a whole.

This first appeared in The Havok Journal on November 20, 2018.