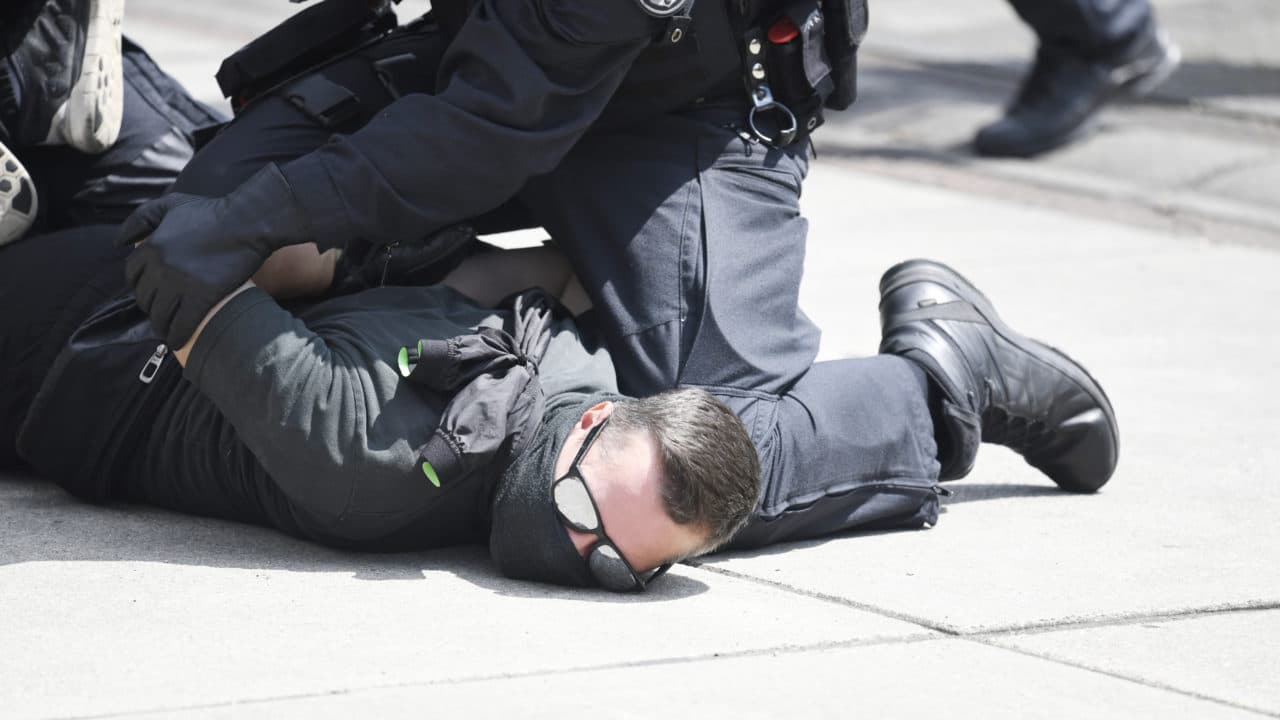 Here’s a question for my fellow officers out there: Why is it so hard to take a step back for a minute? I’m not saying retreat. I’m saying if you suspect a crime and sure, the person you are questioning has an attitude. The person pushes your buttons and you take a bite and arrest them for what some of us call the “blue plate special.” What is the blue plate special? Disorderly, resisting arrest and assault on a police officer. The crime you suspected. Well, you didn’t have enough to make an arrest, so you resorted to the blue plate special. Now you are dealing with lawsuits, violation of policies, suspensions, etc. To my proactive cops out there, I’m not saying to not do your jobs. The good proactive cops know not to let ego get in the way and make good quality arrests.

I just provided a simple scenario. I have to caution those who aren’t cops. If you are stopped by an officer, please just cooperate. You don’t know what the officer may be investigating. There may have been a robbery down the street, and you match the description of the bad guy they are looking for. Just cooperate and it will go so much smoother and quicker. It will help law enforcement rule you out so they can focus on the real threat. There are so many times I’ve run into people who tell me, “BUT I DIDN’T DO ANYTHING” or get offended for even being stopped by a cop. As if we can enter someone’s head and automatically know that person as if we are close personal friends.

An encounter is just that. Two people conversing is an encounter. So, I’m a cop and I go up to a person and just engage them in conversation. I may have noticed something, but it doesn’t get to the point of reasonable suspicion. An encounter means the person I am talking to is free to walk away, tell me to fuck off, or whatever. I don’t have a crime to hold them. This is where I believe cops get into trouble.

An investigation is when a cop has reasonable suspicion that a crime occurred, is occurring, or is about to happen. An encounter can turn into an investigation in a split second. Again if you are not a cop, do not use this article as a way to try to get one over on an officer. There are tons of factors that go into these types of situations. They can’t all be listed because they are that fluid.

For example, I once walked out of the local hospital in the City where I work. In front of me, I saw two grown men sneaking around a house. So I investigated this.

Ok, let’s go back, a police officer observes what appears to be a drunk driver on the road. The driver is swerving, driving all over the road, textbook indications of a drunk driver. The cop initiates a motor vehicle stop to INVESTIGATE the suspected to crime. The person has no reason to believe they are free to leave. The officer has detained the person because of this investigation. At this point, reasonable suspicion has now switched to probable cause. The arrest occurs and the person is transported to the local jail.

I just provided an example of an encounter and investigation. There is a famous case called Terry vs. Ohio, here is the full U.S. Supreme Court Brief. Read it in its entirety because it is a great case and example of how an investigation develops into probable cause. This case was more than an encounter based on the officer’s observations. In this case, the officer had reasonable suspicion that a crime was, is, or about to occur.

Next is an example of an encounter that turned out poorly, watch this video. Take a look at how an encounter can quickly turn bad for both individuals involved. One thing in the law enforcement profession is that it is pretty taboo to Monday morning quarterback each other. Now I will never second guess an officer needing to use force when necessary when all other options have been failed.

Now that you’ve watched this video when the officer asked the person what was in their hands and was immediately shown it was a piece of string. In my opinion, the investigation quickly changed to an encounter. The officer could have ended it by having a quick talk and going about his merry way. When a cop asks for an ID, now you’re crossing back into that investigation mode. You have now detained the individual (Detaining is also subject to each state’s laws, where I work may have a different definition of detention than where you may live) You can tell towards the end of the video the officer did feel bad, just by the tone of his voice.

It was truly an unfortunate incident that could have been avoided. That’s why as law enforcement officers, we have to keep in mind what an encounter is and what an investigation is. Training is the biggest part of conducting both appropriately. My son is autistic and I can see him easily reacting the same way as this kid. Police departments have come a long way in learning how to deal with autistic persons.

This first appeared in The Havok Journal on September 24, 2020.