For Veterans, PTSD Isn’t the Only Form of Anxiety
by Michael Kane

My day job, as well as my hobbies, require that I occasionally have to solder various electronic components. It’s one of my favorite things to do, and it’s something that my friends know I greatly enjoy doing. I have been taught some great techniques by some great people. My end results are something I am always proud of, but for a time, my friends all made fun of me while soldering. And the reason they made fun of me? Because I couldn’t steady my hands to save my life.

My hands shook incessantly while soldering, so much so that my coworkers actually called me “Shaky.” What was the cause? Well, despite my wife’s earliest attempts, my breakfast every morning was usually a blue Monster, followed by lunch, followed by another Monster, followed by an afternoon workout. So I just assumed the shaking was because of the taurine in the Monsters. 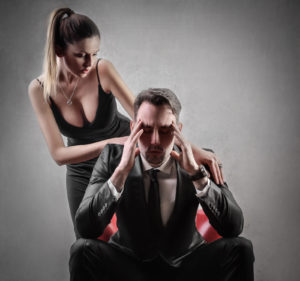 I lived this way for years. I thought it was normal and I was in good shape so I didn’t think it was anything to worry about. Eventually all my hard work earned me a promotion. And then I earned a dreaded staff job (which I’m actually very grateful for but I miss the days of hands on work). Traveling came to an end and as I settled into my new desk job, life slowed down.

And then the shaking got worse.

My wife, Cora told me to go see a doctor. I stubbornly told her no, and that I would be fine. I ignorantly thought I could just ignore it, because I prided myself on not asking for medical help. I knew folks that were fighting to stay in because they were missing limbs. It would have been selfish of me to bother the doctors because my hands were shaking, or at least, that’s what I told myself.

Finally a day came where I sat down to feed our 9 month-old daughter her applesauce. My hands were shaking so bad I couldn’t smoothly put the spoon in her mouth. I finally realized something was wrong, and I really did need to go see the doctor.

The doctor took note of all my symptoms, drew blood, and ran lots of different tests. They asked how everything in my life was going, and I told them everything was great. It was an honest answer, one that I really believed. I was married to beautiful woman that I couldn’t have been happier with, I had beautiful daughters that I was head over heels for, and we were living in great Florida weather and I could ride my Harley almost every day. While I was bored at work, life was great and I was really grateful and appreciative for my situation. So of course, when the doctors asked my mental health was, I believed everything was great.

The lab results came back and said that I had something called Reactive Hypoglycemia (RH). This was all new to me and the doctors explained that basically my body wasn’t processing sugars very well anymore and it was causing the shaking. They asked about my diet, and fussed at me after I told them about my morning Monster breakfast. The doctors said RH wasn’t reversible and that I was heading towards being diabetic if I didn’t change my diet.