In the wake of the devastating Orlando terrorist attack in which a sexually confused, ISIS-supporting son of Afghan immigrants wrought destruction on a popular gay nightclub, it is natural, as a country, to ask how such an attack can be prevented from happening again.  Many media outlets now believe a ban on AR-15-style modern sporting rifles could stem the tide of mass shootings.  Public figures, such as Conan O’Brien, go even further, suggesting a moratorium on all semi-automatic weapons. 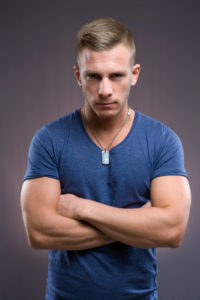 Because a ban on AR-15’s is a long-term solution (for those who think it will work), in the short term, some owners of gay bars around the country are hiring new security.  Those who choose to obtain armed guards have a few options.  Gay bars, like all bars, can meet with police and hire off-duty officers for security.  They can also procure the services of a private security company.  Finally, the establishment can choose to arm its own in-house staff in lieu of hiring outside help.

The shooting in Orlando killed 49 people and was one of the deadliest terror attacks in American history.  It occurred on a soft target filled with intoxicated people who had no real chance of defending themselves.  Copycat attacks may occur quickly after a terrorist attack or mass shooting, and these innocent American citizens could easily use the protection of armed men willing to defend them.

Why, then, are veterans and armed citizens not flocking to guard gay bars around the country, in the same way they guarded recruiting stations in 2015, after the shooting of four Marines and a sailor in Chattanooga, Tennessee?  The answer is somewhat complex, and has to do with conflicting ideals and values.

I know this because I am a veteran and a former gay nightclub security manager.

After my two deployments to Afghanistan in the Marine Corps I left the military and attended college.  I worked a series of part-time jobs, mostly in security, until 2013, when I replied to an ad on Craigslist seeking bar bouncers.  I had no idea where I would be working.  I showed up to the location and immediately knew it was “that bar.”  Never one to be discouraged, I interviewed and was hired at one of Denver’s most popular gay nightclubs: X Bar.

I have yet to discover an establishment that rivaled the hedonism of X Bar.  The bartenders did shots with the customers to the point of being drunker than some patrons.  There were boy and girl go-go dancers.  The bar threw theme parties almost every week, from Great Gatsby to “Fairy-topia,” whatever that meant.  It was always an excuse for men and women and all those in between to dress skimpily and do obscene things in bathrooms and on the dance floor.

The culture of the club was always very liberal and very open.  The bar attracted all sexualities and orientations.  Straight, gay, bisexual, drag queens, transgender were all welcome with open arms.  The patrons espoused progressive ideology and hated Mitt Romney.

They rarely fought each other.  Most of them were too busy being floored by the massive amounts of alcohol overpoured into each drink to be worried about punching somebody.  There were certainly those who could fight; they never chose to do it in their home establishment.  My biggest security concerns came from outside the bar.  On Colfax Avenue, at night, many homeless men would wander the street, drunk or high, and bother the open-patio patrons at X Bar.  I fought these men often and felt sorry for them until I had a knife pulled on me.  After slamming a homeless man (who had attacked two customers getting into an Uber for absolutely no reason) into the middle of the street and holding him down for fifteen minutes, I quit.  Cars passed me by and my manager drank inside the bar.  It was clear security was not a priority.

Pulse, I imagine, was likely similar to X Bar.  I’m sure there were differences, but the gay community has discerning similarities no matter where they are located.  They are a soft target.  I believe the most effective way of preventing another massacre is to guard soft, likely targets with armed men.  The veterans, militia members and armed citizens who put in countless hours after Chattanooga did that.  However, I believe firmly that their presence at or outside gay nightclubs would not be welcome.

Although I have met gay gun owners, they are few and far between.  The voices of conservative gays on the internet, led by Breitbart editor Milo Yiannapolous, will never rise above the voices of progressive, liberal gays who make up the majority of the community.  The idea of armed men sitting outside of a gay bar, no matter how effective or well-intentioned, will never stand with a community that prides itself on being tolerant of a religion which wants them dead.

There are many among us who feel the need to act after a tragedy, whether to change something as a country or take an individual action to prevent another tragedy.  Armed volunteers will not guard LGBT establishments, at least not on a large scale.  In this case, gay bars will largely be responsible for their own security, and at their own expense.