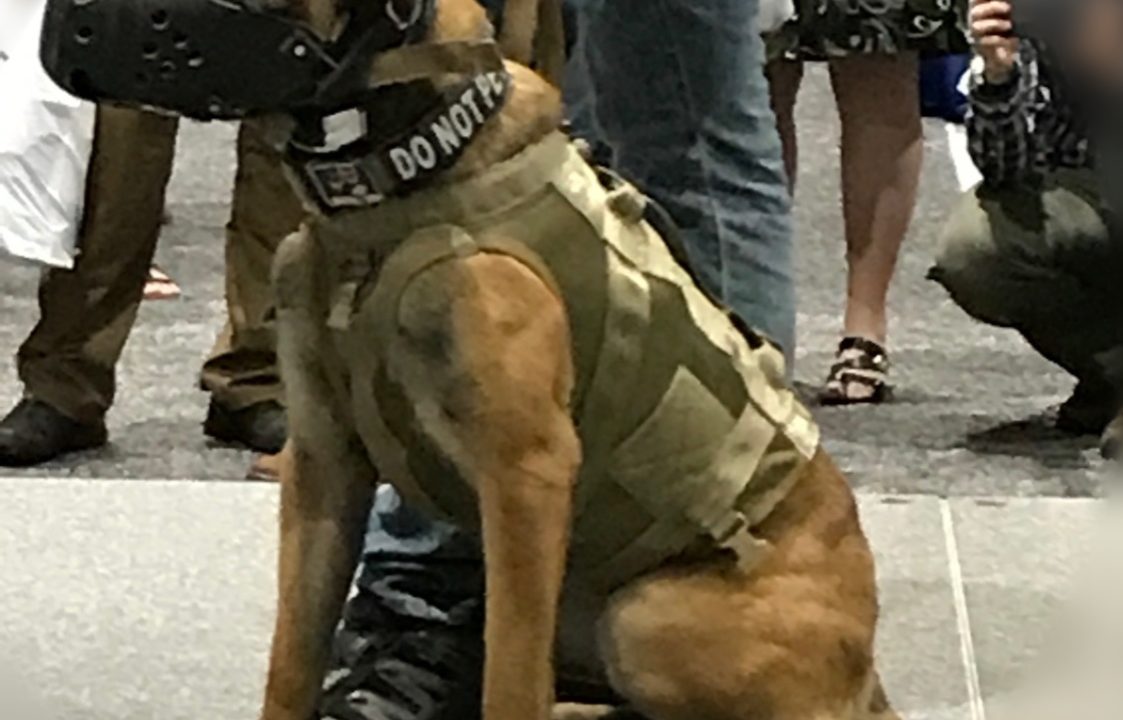 So what in the world could horse shit, nose tips and bestfriends have in common? Read on, I’ll tell you…

No shit, there I was, in the airport before returning home from an exposition in San Diego hosted by the 800 pound gorilla in the tactical military market, enjoying the view of all the beautiful Cali girls when I checked my Instagram, to find a post by my daughter, picturing an empty cookie wrapper. Not an ordinary cookie wrapper, it was one of those $6 jobies, that you wolf down before an endurance event, that has like 800 calories and 64 grams of protein…One of those cookie wrappers… The caption reading “Rowdy strikes again!” with one of those tongue lolling dog emoji’s.  This truly got the best of me, so I called the Apple of My Eye to get a quick explanation. “Hey Honey, what’s with the Instagram post?”

Turns out, that very weekend, our home town was hosting the annual Athens County Marathon and my nephew, niece, and Bbrother-in-law were all going to pound their knees and ankles into submission while rubbing more skin off sensitive parts of their body than a well-trained masochist could muster with a cheese grader.

My BIL, having numerous Ironmans and Marathons to his credit, was casually walking through the house going through his pre-race carb loading routine with that freshly opened Power Cookie dangling from his figures, nary a bite taken.  So enters Rowdy, my highly mischievous, still in-tact, yellow Lab, who had been awoken from one of his 16 scheduled daily naps, by the crinkling of a snack wrapper and a the taunting smell of oatmeal, raisins, and dark chocolate. As stealthily as a Ranger student in Darby phase sneaking some grub out of his MRE, he slides up behind my BIL, grabs the Power Cookie, and inhales it in two bites. And then the otter-like tale starts to thump in rhythm with the scolding he’s getting from someone he considers a minor nuisance.  Adding this morsel to the long and distinguished list of things he and Riley (his sister) have mauled, eaten and pooped out is quite amazing.  But damn he’s happy, “Sunshine with a Tale” I call him.

But, BUT, their most favorite morsel, particularly at bedtime, is a fresh snack of horse shit, yup, that’s what I said, horse shit. They love the steaming, new minted Horse Muffins that adorn our pasture like mountains of freshly baked bread at your local bakery. And they trot in the back door, tales flailing the air depicting their newly satisfied stomachs. Much to my wife’s disgust, I love these beasts, horseshit breath and all. How can you not love such happy, content faces?

Now let’s step back 25 years to Augsburg, Germany where I was stationed for three years.  A Chief Warrant Officer 4 and her husband were keeping four prized Dalmatians in their spacious fourth floor German apartment. This pack was beautiful, worthy of a ride on the famous Budweiser Wagon. Now unfortunately, these canines didn’t know how to keep their yaps shut when Chief and Chief’s beleaguered husband were at work. This led to a big investigation by the Politzei regarding animal cruelty. So CW4 Sparky is told her prize possessions need a one way ticket back to Missouri.  Highly irritated, she packs up three of her pouches (and her husband) and sends them back across the pond.  Being the wily individual she was, Chief decides to keep her #1 son with her to camp out comfortably in her tricked out full size conversion van. He was King of that castle, no questions asked. One afternoon CW4 Sparky goes out to lunch with CW2 Crony to walk King Henry, grab some snitzel, and burn some fuel ration cards. Now the Dynamic Duo heads to the kiosk to cash in, and CW4 Sparky forgets her purse inside the van… welp, CW2 Minion, heads out to the van, reaches in the partially open window, grabs the purse, and summarily gets the tip of her nose chomped off, by, you guessed it, a very protective King Henry.  And double-D-Damn, he bites the whole tip of her nose right off. Screaming, blood spurting, darting to and fro goes Minion with her newly adjusted snot locker. Holy crap what a mess.  In the weeks to follow the story filters out in our unit and I’ll be damn’d if CW4 Sparky doesn’t defend her loyal, protective best friend.  Bulbous-nosed Minion should have announced her presence she says. Wow, now that’s love, somewhat misguided, but true love.

I saw this canine love manifest itself again this week, but in a more refined fashion.  During Gorilla’s Expo a demonstration was put on by a highly respected dog handler, and his most loving, respecting side arm, his dog. The demo involved what I can only assume were the two lowest ranking individuals in the crowd, donning newly produced protective K-9/ combative wear.

Having the fortune of standing next to the manufacturer of the new gear, he gave me the back story of this boy and his dog.  Deployed several times to Afghanistan together, they had lived through many tight and harrowing scenarios to make it home physically unscathed.  As many of you may know, when  military K-9s retire they need to find owners who fully respect and appreciate what they have been through and what they are capable of.  This scenario could not have played out any better as these two Comrades in Arms were able to make that transition together. 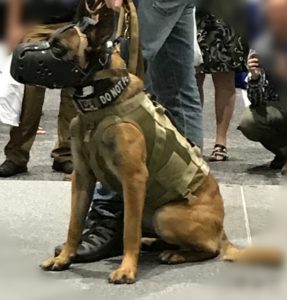 And man, what a demo they put on.  Both extremely dangerous in their own right, the two junior enlisted attackers were dealt with quickly and effectively.   This K-9 Warrior was extremely impressive as are the multitude of K-9’s that search, rescue, parachute and guard the very freedoms that we all believe in.  What stuck the very core of my dog loving nature occurred right after the demo ended.  I watched SGT Malamute wait patiently, and calmly, as his handler answered questions and received praise by the very stunned crowd. The look in his eyes was that very same look my cookie thieving, Horseshit burping pooch has every night as we bid each other a good night’s sleep. No words are said on their part, but their ears and tails tell us the depth of their feelings.

There are fewer bonds deeper than that of a military dog and his handler. Or perhaps I should say a Handler and his unconditional, unwavering Best Friend.

And for Gawd’s sake, if SGT Malamutes vest or collar says “Don’t Pet Working Animal” realize you may be putting your life, fingers and nose at risk if you choose to reach out!

This article first appeared in The Havok Journal July 18,  2018.