HomeCultureThe Tragedy of Normalcy: Who Speaks for the “Functional Veteran?” 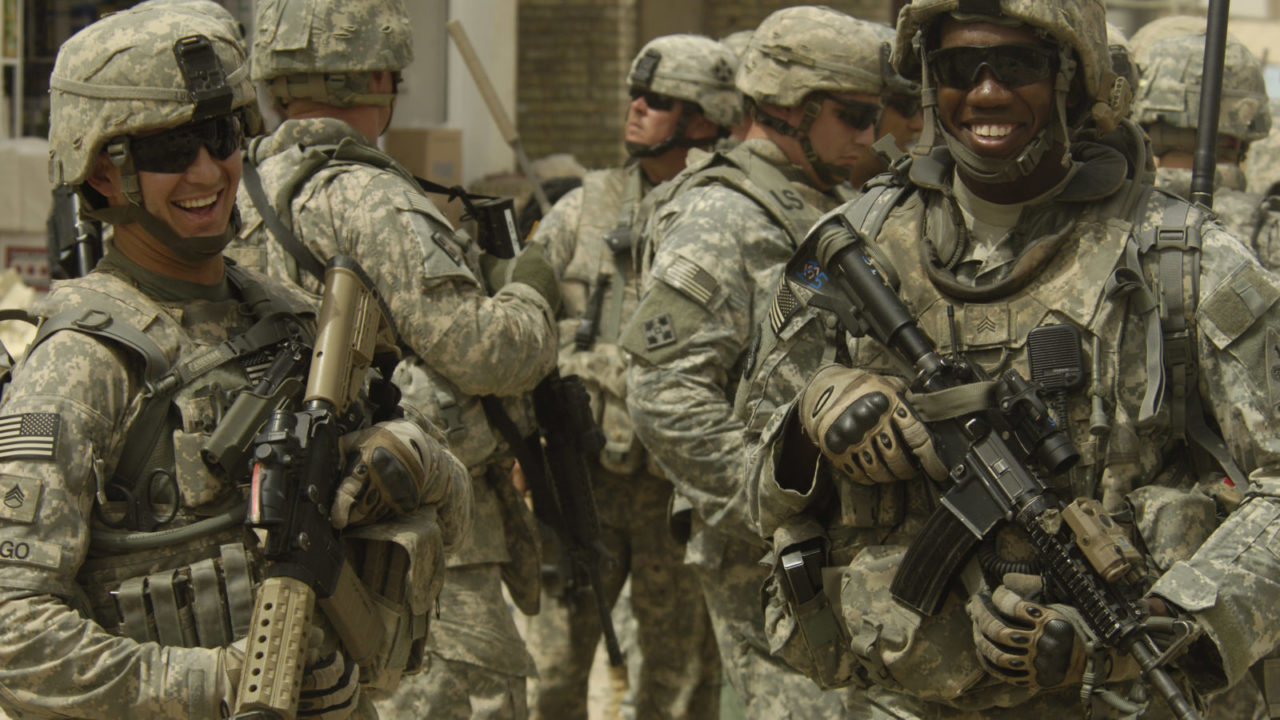 The Tragedy of Normalcy: Who Speaks for the “Functional Veteran?”
by Kevin Wilson

It’s never a good idea to try to break down a group as diverse and complex as American veterans into distinct classifications. At best, you’re going to just confuse the hell out of everyone, and at worst, you’re going to create the sort of false dichotomies that make tempers boil. You can’t really say there are two or three or even a hundred types of veteran, because no matter how you try to slice it, some guy is gonna pop up in the comments section and learn you a thing or two about exactly how you’ve ignored him and his peers.

If, however, one were to try to classify veteran Facebook pages, well, that gets a lot easier. Nine times out of ten, they’re either trying to sell you something, they’ve got the words “dysfunctional” or “disgruntled” in the title, or they exist to share funny or badass stories about days gone by. For the purpose of this discussion, we’re mainly going to focus on the first two.

You can tell a lot about a group by who runs it and who follows it. Most veteran-owned companies (and by extension their Facebook pages) have a few things in common. If you look, you’ll notice that the owners/founders are mostly former Special Forces, or SEALS, or Rangers, or some other type of operator. Less frequently, but still present, are the ones who were either senior NCOs or officers that had exceptional careers and turned that experience into real world success.

Conversely, your average disgruntled/dysfunctional veterans page comes from the opposite end of the spectrum. These guys were the washouts, the screwups, and the has-beens. Many of them have a history of drug and alcohol abuse or mental illness, almost always attributed to or exacerbated by their time in service. They’re messed up in the head and proud of it, and they don’t give a damn what the rest of the military community thinks of them.

In both instances, the core groups of followers trend along the same lines, to some extent.  “Highly-functional” vet-owned companies like Ranger Up, Task and Purpose, Breach Bang Clear, Girls for Gunslingers, Grunt Style, Combat Flip Flops, and Black Rifle Coffee Company are attractive to this group of vets.  So are veteran personalities like Jimmy Gagliano, Boone Cutler, Nick Palmisciano, Marty Skovlund and Rocco Vargas because they are examples of veterans who recall their service favorably, as people who looked life in the eye and kicked it in the balls.

Meanwhile, your DVs are the guys who looked life in the eye and got kicked instead. They’re the terminal lances, the career specialists, the guys who hated everything about military service but their buddies, who were also screwups. Or maybe they served honorably, but came back and just couldn’t cope and their lives took a downward turn. These communities reinforce the idea that it’s not their fault, and that the right attitude is to stick a giant middle finger up to the world and polite society.

I don’t begrudge either side of the bell curve’s tendency to gather in likeminded clusters. I know the Dysfunctional Veteran crowd gets a lot of hate from the more respectable corners of the military, but who else is going to put up with them? Their Facebook pages might look like festering cesspools of bad attitude and negativity to the outsider, and to be fair, there’s a lot of that. But for a lot of folks under that banner, they gravitate to these groups because it gives them a support network, people to talk to who understand what they’re going through. And in their own messed up ways, they look out for each other. It may sound counterintuitive, but some of the greatest acts of kindness I’ve witnessed from the veteran community have come from the misfits helping a brother or sister out.

But make no mistake, both groups represent the extremes of the veteran community. Most veterans weren’t badass operators, and they’re not looking to relive the glory days. They might be proud of their service, but they don’t see much point in wearing T-shirts that proclaim how awesome they are. And most veterans wouldn’t easily be classed as dysfunctional. They might not have spent their careers fast roping out of helicopters or jumping out of perfectly good airplanes, but they never got an Article 15 or got sent to Captain’s Mast. They did their time and they got out.

They’re the Functional Veterans. They did their jobs, and did them well. Pushing pencils or turning wrenches might not look sexy on recruiting posters, but you can’t have a military without the folks who support from behind the lines. Most of these guys, they served out a contract, maybe extended once or twice, and then they got out.

And now that they’re out, there’s not much for them. It’s hard to market normalcy. This crowd looks down their noses at anything that smacks of “POG.” Maybe not the folks who run the companies, but their followers absolutely do. Words like supply or maintenance or admin are dirty words. The DV groups are even more insular. If you’re not jacked up in the head, you’re not welcome. In either case, the Functional Veteran is left swinging in the breeze.

You’ll find plenty of folks who try to pose to fit into either of the major cliques. That guy on the range rocking the tac vest, Molon Labe tattoo and the operator cap, well, chances are he wasn’t a Ranger. Knowing every word to every cadence with the word Ranger in it doesn’t count. And that guy on the DV page whining about how the VA screwed him out of disability for that time he sprained an ankle in basic? I bet he made it through his stint in the service without so much as a negative counseling statement.

The guys who try the hardest to fit in, they tend to stand out like sore thumbs.

But that’s the tragedy of being normal. No one gives a damn about you if you don’t have the right tabs or the right badges, or the right collection of paperwork. And that’s a shame, because the Functional Veteran makes up the vast majority of the veteran community. If you don’t put on a front, you’re not gonna make it into the cool kids’ club. Maybe it’s time that changed.

This article originally appeared in The Havok Journal September 6, 2018.