HomeCultureColorblind: The Banality of Kindness 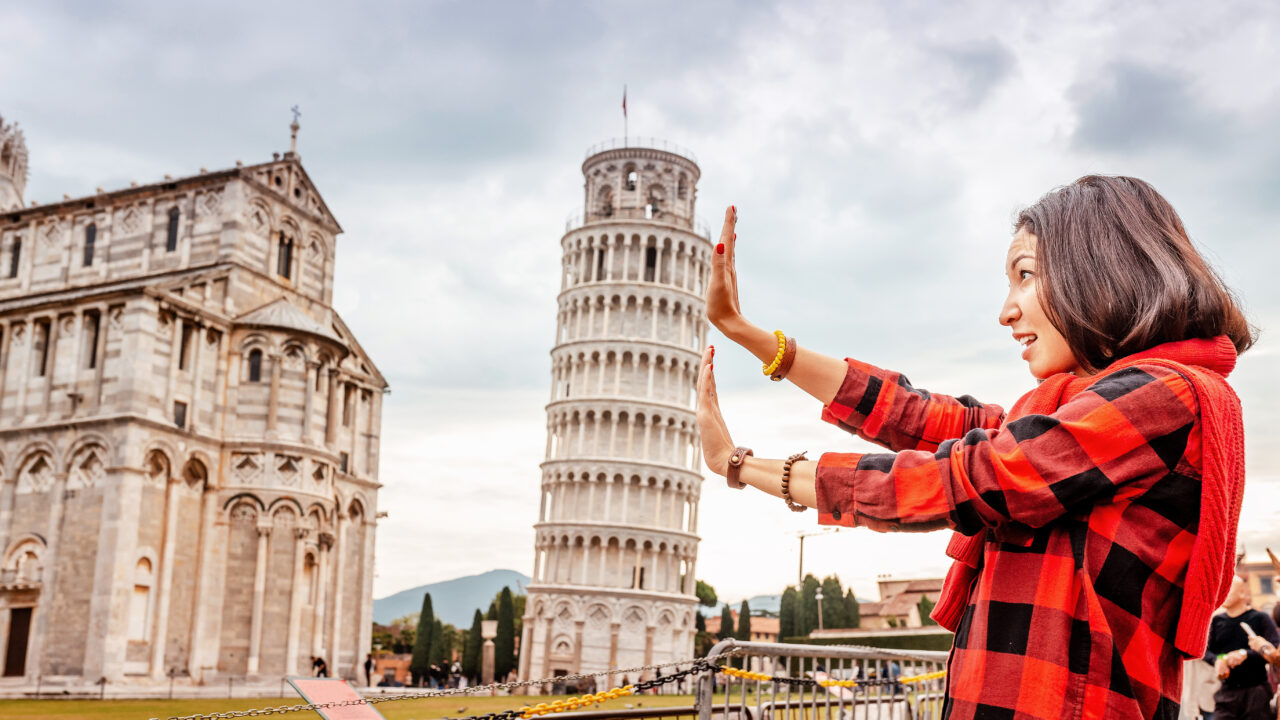 It seems the overall temperature of social interaction in our country these days is somewhere between overheated and white-hot. While people become enraged about a variety of topics, no flashpoint burns with quite the intensity of identity politics. I like to imagine that such searing malevolence is predominantly limited to distortions within social media and cable news, but I am not sure if that is the case. Looking across the cultural landscape of the near future, it’s hard to see any extinguishing rain clouds on the horizon.

It was against the backdrop of these social circumstances that I casually witnessed a small, but a triumphant rebuke of this prevailing incivility. On a hazy Tuesday afternoon in Baltimore, I was driving back to my office after having attended some meetings. As I pulled up to a stoplight, I observed a panhandler making his way between the rows of vehicles. One lane over, I braced for the discomfort of him approaching the driver’s side of my car. How this 30-year-old, sunburned white man, with his chaotic red beard, torn jeans, and stained T-shirt, ended up in such a state on Martin Luther King Blvd was not immediately obvious. My hip-pocket assumption settled somewhere between a conflation of the usual suspects: addiction, mental illness, and/or abysmal life choices.

His cardboard sign was short on explanation in tracing the origins of his fate. Nor did it attempt to persuade with the obligations of caring for any children, whether he was a veteran, or even the ever-present “God bless you” that habitually graces such scrawled petitions at busy intersections.  His composition included only a single word: “Hungry.”

I confess that with very rare exceptions, I refrain from giving anything to panhandlers. But for reasons that escape my conscience, on this day in Baltimore, something made me scan my passenger seat to see if I could give something to help this man. I was going back to the office for lunch, and so I had no food. I had one dollar in my wallet, but I ended up staring straight ahead, in false concentration, as he passed my peripheral vision.

I heard another driver honk a car horn. I assumed it was someone annoyed at the menace of his presence. I turned my head to the left to see, two lanes over, a woman straining to lean out her passenger window. She reached out and handed a Cliff bar through the crack of the window to this man, who gratefully accepted it. I guessed this woman to be about the same age as the man. But she was black, impeccably dressed, and professionally accessorized.

I looked back over at her, wondering how I should react if we caught eyes. I could smile and nod, wave, or give her the old thumbs up. What is the proper signal to acknowledge a Good Samaritan? But when I looked back, she was not looking around seeking affirmation of her simple gesture. She was calmly munching on an apple, waiting for the light to change.

I don’t really know if I would have noticed this exchange several years ago. Just as I am equally unsure if the general discourse in the news media and on social media reflects reality. Are we really more racially divided than ever? It’s hard to say. But what happens when we fine-tune our view to the individual level, the one-on-one, personal interactions in our own lives? When we step down from the groupthink of “us versus them.” The more horizontal view changes to “me and you.”

The ordinariness of that traffic stop gesture struck me. There is nothing extraordinary about sharing one’s lunch with someone. But against the backdrop of today’s cynical social climate, it seemed remarkable. Obviously, it is not. Would this resonance have occurred to me if the demographics were reversed? A successful white businessman giving a Cliff bar to a hungry black woman. I don’t know. But if I had observed it, in the same societal framework in the exchange that I did witness, I might have been similarly struck by how this ordinary event flies in the face of what is being reported on a macro level in our country today. 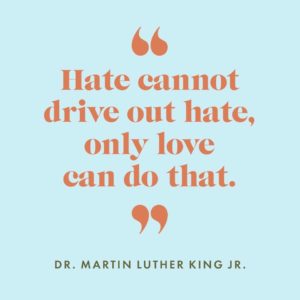 In his book Becoming Evil, Dr. James Waller documents the insidious process in which normal people (systematically) descend the depths of human cruelty, into perpetrating extraordinarily evil deeds; think war criminals and practitioners of genocide. Could such a sociological process flow in the opposite direction? Can we slowly shift the norm, increasing the aggregation and scope of good deeds, to eventually find ourselves in a better world than we live in today? Rather than grasping for reasons to feel outraged by perceived slights, what would it take to intentionally connect in meaningful ways with each other? Refraining from judging others based on their visible demographics was a concept espoused by one of the last century’s greatest minds: Dr. Martin Luther King, Jr., after whom the location of this exchange was named.

We all want to believe that we will intervene when someone is being harassed, or help someone in need. We are given that chance every day, in many different ways.

I admit that I am generally skeptical of people who sit out in public with signs requesting assistance, and assume that they will use any money they receive to buy drugs or alcohol. But I am not so naïve as to believe that some of these assumptions are framed by a pronounced bias. That is a neutral statement. Everyone has some bias either unjustifiably for something, or against something. These are based on personal experiences and observations, as well as on information learned in school or via research or media exposure.

Whether and how we act on those biases defines us as a person and as a society. I can not fully know what kind of experiences guided those two people to that moment on MLK Boulevard.

The specter of identity politics looms so heavily that we regularly loathe assessing banal interactions through anything but the obscuring veil of identity. Despite our better instincts, we have become habituated to reducing people we encounter to the perceived foundation of their ‘identity.’

But on this particular afternoon in Baltimore, none of that mattered. No judgment, no divisiveness.  Just a simple act of effortless kindness without skepticism.  That driver refused to allow any concept of identity distract from her sense of decency. Decency demanded that she take him at his word. And that word was “hungry.”

This first appeared in The Havok Journal on January 23, 2019.