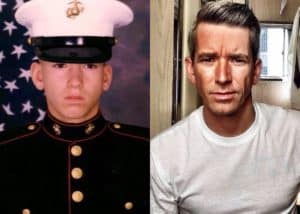 Michael Broderick joined the cast and will play Special Agent John Bowen as a recurring character. Broderick’s Agent Bowen works alongside Detective Hays and Roland West investigating a macabre crime in the heart of the Ozarks.

Filmed in Arkansas last Spring, the upcoming season forced Broderick to travel back and forth to the set from his home in Los Angeles. “Working alongside Academy Award-winner Mahershala Ali and veteran actor Stephen Dorff was a dream come true,” said Broderick. “I remember a very specific moment in between takes while we were shooting when I thought, ‘This is everything I’ve been working towards’ and I was just able to sit with that positive energy for several moments before we started the scene again. It was an amazing feeling.”

Broderick’s path as an actor has been a circuitous one. After serving in the Marines from 1986-1990 as a Logistics/Embarkation Specialist with Marine Light/Attack Helicopter Squadron 167, the New Jersey native moved to New York City where he and his band, Radiozero, regularly played gigs at CBGBs and other popular lower east side venues. Broderick grew up in Spring Lake, New Jersey and graduated from Manasquan High School in 1986. 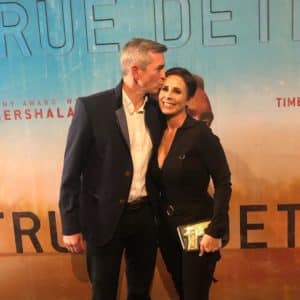 The Havok Journal took the opportunity to speak with Michael and ask questions about his military roots and this exciting new role:

First, tell everyone about your service in the military. What compelled you to sign up, and how has that formed who you are today?

First, I want to thank you, Matt, for doing this interview. I served with Marine Light/Attack Helicopter Squadron 167 as a Logistics/Embarkation Specialist. This was at the tail end of the Cold War and I finished my enlistment right before Desert Storm.  I first started kicking around the idea of joining the military, strangely enough, while watching a baseball game on television and realizing the Star-Spangled Banner (at least, the popular verse we all know) ends in a question. It wasn’t an instantaneous decision but it planted that seed in my mind. I was also a short, skinny joker and knew I needed a good kick in the pants, so I chose the Marines.

Outstanding! Thank you for your service. Now, let me ask a question a lot of folks are probably wondering. How did you go from being a rough and tough Marine to a career in acting?

Well, that was the plan all along. I just took some detours before I finally got here. I remember my recruiter told me that Larry Wilcox (CHiPs) was a Marine and, if he could do it, so could I. My father actually tried to talk me out of joining by pointing out that John Wayne had fought in practically every American war and was never in the military. After my service, I went to New York City to pursue acting but ended up playing in a punk band for several years, instead. It wasn’t until after 9/11 that I started considering acting again.

Do you think your training as a Marine has helped you in some way when performing as an actor?

My MOS (Logistics/Embarkation) hasn’t had any real impact on my career but becoming a Marine certainly made me realize that I can accomplish big things if I set my will to it. It also helps me play certain roles because of the military bearing that was drilled into me. My knowledge of the culture allows me to portray military and law enforcement roles in a realistic way, right out of the gate. If you look at my work, the vast majority of the characters I have portrayed are men who carry guns. I didn’t necessarily intend for that to happen, those just seem to be the roles that casting directors think fit me best right now and that’s fine with me. I just hope I do my brothers and sisters proud.

What advice would you give other Veterans looking to get into the entertainment industry?

I would recommend checking out VME (Veterans in Media & Entertainment). Lots of good folks doing outstanding work in that organization. To any aspiring actors, I’d recommend doing your research and learn as much as you can before trying to make a big move to Los Angeles or New York City. This business can be brutal, punishing your ego and your wallet. If you’re going to do it, prepare in the best way you can.

Where can we follow you on social media as you continue your career?