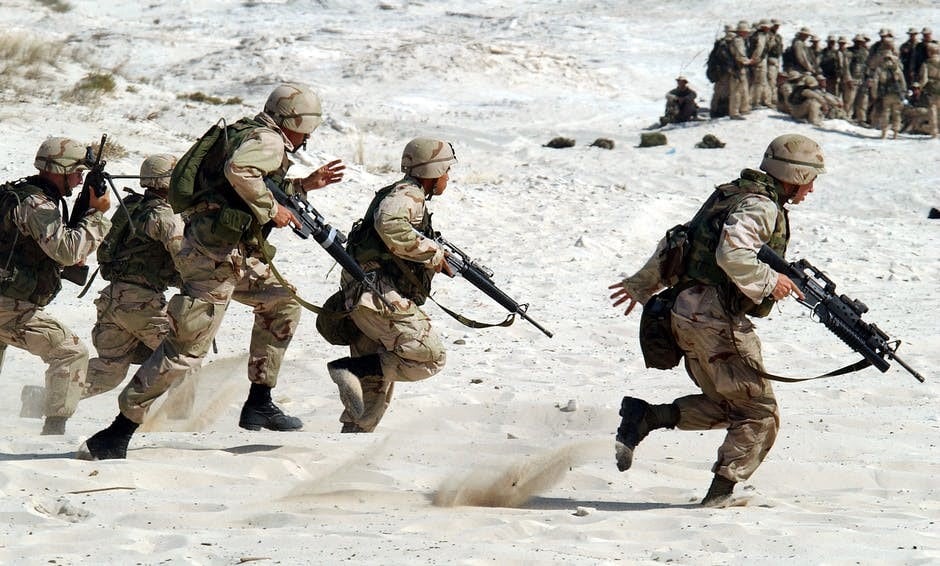 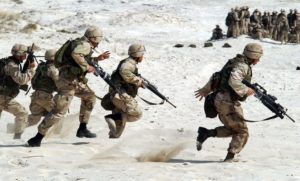 Craving some movies with a good and classic war scene? Click here to see the best and most authentic war movies on Hulu.

Since the earliest days of motion pictures, directors from around the world have been trying to tackle one of the most monumental acts of human history: war. Hundreds of war films have been made in the medium’s 100+ years of history, ranging in style and subject matter.

War films aren’t always the easiest to sink into, but if you’re in the mood for a likely-grueling tale of man vs. man, they might the right mark. You’ll have convenience on your side too, as there are plenty of great war movies on Hulu.

Which ones are worth your timing and which are worth skipping? Read on and we’ll walk you through what you need to know.

Director Oren Moverman has made a lot of different films in a lot of different genres over his lengthy career. He chronicled the highs and lows of The Beach Boys’ Brian Wilson and dug in the gritty reality of the LAPD with his 2011 hit Rampart.

The Messenger is perhaps his best film and one that re-pairs him with Woody Harrelson, star of the aforementioned film. In The Messenger, Harrelson plays a soldier injured during duty during the Iraq War.

He’s reassigned to serve the rest of his tour of duty as a messenger, meaning he must go visit families to inform them if their family member has passed away as a result of their role in the army.

As you might expect, this is a particularly grueling position to take on. Matters become even more complicated when Harrelson gets involved with the widow of a fallen soldier, played by the always fantastic Samantha Morton.

The Messenger takes a look at a side of war that we often don’t look at in war movies: those back at home, left behind by the horrors of what occurs somewhere hundreds of miles away.

To call Allied only a war film is likely to sell it short on many of its great pleasures. It’s also a keen thriller, a romance, and an ode to the kind of films that Hollywood doesn’t make all that often anymore.

The film is set in 1942, during the last few years of World War II. Brad Pitt plays a dashing intelligence officer who is deployed in North Africa. He crosses paths with a French Resistance Officer played by Marion Cotillard and the two become romantically entangled.

They reunited later in London but their fragile romance is tested greatly by the continuing pressures of war. The film was hailed by some as a return to form for famed studio director Robert Zemeckis and should be a pleasing watch for all.

The film is one of the best war-themed films of the last few years. If you’ve ever found yourself wondering ‘what is Hulu?’ this film might be one that pushes you to find out.

When most people think of war films, they think of films set in the 20th century. But to not look prior would be to overlook some of the best films ever made, which follow conflicts set in the 1700s and the Revolutionary era.

The Patriot is one such film and it is currently streaming on Hulu as well. The film follows a widowed farmer played by Mel Gibson. Gibson is a pacifist and refuses to join up with the American army when the British arrive on the shores of the new country in 1776.

However, when his son is captured and taken behind enemy lines he must enlist and lead forces forward to ensure his rescue. His tactics become instrumental in leading American troops to eventual victory.

This is the kind of uncomplicated patriotic story you might expect from this kind of film (if the title wasn’t already an indication), with the British portrayed as purely evil and Americans of noble bravery. However, if you can stomach the historical simplifications you’re in a for a great ride and a great American story.

Too many movie-goers have an aversion to watching old films. While it may take some time to develop the taste necessary to get into films that are so different than those made during our current era, this leap into the past can be hugely rewarding.

Sands of Iowa Jima is a war film that was made just following the end of World War II. It follows a tough-as-nails marine Sargeant played famously by icon John Wayne. His troop of marines openly despises his hard-edged approach to war and resent his constant, grueling training requirements.

However, when incredibly violent conflict breaks out at Iowa Jima, they come to respect his leadership as he leads them to eventual victory.

The film was talked about a lot at the time of the release, with much of the discussion swirling around the inclusion of real Iowa Jima veterans appearing in the film, including Ira Hayes.

The film is also notable for featuring the first known recorded use of the phrase ‘locked and loaded,’ which would become quite famous in the common American lexicon.

The Best War Movies on Hulu

There are so many amazing movies out there it can be hard to determine where to start when it comes to watching something at home. Narrowing it down to a genre can help a lot, and there are many great war movies on Hulu that you can get started with. The above are just a small selection of the many great films available on the platform.