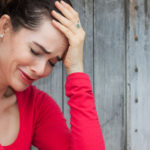 Brittany Maynard’s ‘Death with Dignity’ and Veteran Suicide by Kerry Patton On November 1st, Brittany Maynard arguably took her own life. Some would claim she selfishly committed suicide. Others would claim she died a dignified death after battling a very traumatizing illness known as cancer--stage 4 glioblastoma, to be exact. But what really took her life, cancer or her … END_OF_DOCUMENT_TOKEN_TO_BE_REPLACED 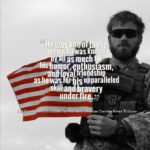 Four years ago, America lost Sergeant First Class Kris Domeij, a true American hero who was in Afghanistan on his 14th combat deployment with the 75th Ranger Regiment. Several articles on the Internet attest to Kris's character, his loving nature, and military prowess.  But I think that the most telling tributes come from the most authoritative source out there:  Kris's … END_OF_DOCUMENT_TOKEN_TO_BE_REPLACED 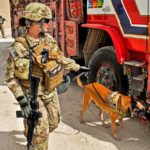 The Ranger Tab, compared to similar Army accoutrements, is quite small. It is crescent shaped, and black with yellow lettering…it simply says: RANGER. Once earned, it is worn on the upper left shoulder of the Army Combat Uniform and in a similar place of honor on the Army’s dress uniforms, and is permitted to be worn for the remainder of a soldier’s career. To earn the Ranger … END_OF_DOCUMENT_TOKEN_TO_BE_REPLACED 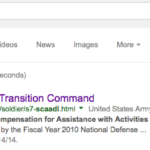 Editor's Note:This week, Havok Journal regular Richard Farnum answers a request for information one of our readers sent in.  His answer is chock full of great information, including both links and practical advice.  This is a must-read for anyone trying to navigate the military medical system.  First, the message from a fan:_______________' First off, I want to … END_OF_DOCUMENT_TOKEN_TO_BE_REPLACED 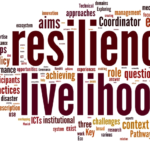 Editor's Note:  #NotAllVeterans have the same reaction to the recent reports that military manpower reductions were affecting personnel currently deployed to combat zones.  In this article, veteran and author Kerry Patton shares his own experiences in dealing with drawdowns and offers some real talk for those currently faced with the same … END_OF_DOCUMENT_TOKEN_TO_BE_REPLACED

It has become a theme lately to talk about how standards are slipping in the armed forces. We get wrapped around the axle when the topic of women in combat arms comes up, some were furious about the repeal of ‘Don’t Ask, Don’t Tell’, and of course there is first hand evidence we all see any time we walk on to a military base lately. Is this a new thing, or have standards been … END_OF_DOCUMENT_TOKEN_TO_BE_REPLACED 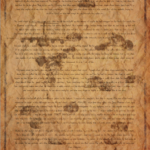 © 2013-2014His boots are laced tight, double knotted and the excess tucked in.  The tan suede has been rubbed bald in some places from the hundreds of miles they have traversed. The tread on the bottom is not quite as fresh as it was when he first put them on, but they fit his foot like a fine glove. They might not look pretty, but then again few things do that have been … END_OF_DOCUMENT_TOKEN_TO_BE_REPLACED 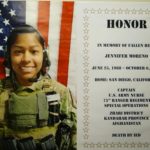 I’m going to forgo my typical writing style for this subject matter. My gloves are off. There will be profanity. Begin Ranger rant… Women in Ranger school. Women in combat units. Women in Special Operations… it's like a scene from the Wizard of Oz:  lions and tigers and bears, oh my! ...except we're not on the Yellow Brick Road. Why in the fuck are we still talking about … END_OF_DOCUMENT_TOKEN_TO_BE_REPLACED 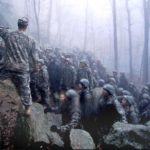 So it’s finally happened. After almost ten years of to-ing and fro-ing, Big Army and RTB (now called the ARTB, or ‘Airborne and Ranger Training Brigade’ for those of you not keeping up) have announced that females will now be let into Ranger School. And lots of you Scroll bearers (real Rangers), as well as many combat arms soldiers, are in a panic.Fear not Brothers. When you … END_OF_DOCUMENT_TOKEN_TO_BE_REPLACED 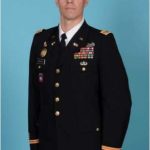 The Army, and our nation, lost another good man in Afghanistan. It is not easy to write about a man who you didn’t know; a man who you will never meet, yet a man so alike men you know that you very well could have known him if not for the slight variations in personal trajectories through time and space. Luckily for us here at Havok Journal, along with all of the unique … END_OF_DOCUMENT_TOKEN_TO_BE_REPLACED