Mandatory Awards: No Thanks…Oh It’s Either That or an Article 15?
by Dave Chamberlain

“The National Defense Authorization Act of 2008 established the Yellow Ribbon Reintegration Program (YRRP) to assist National Guard and Reserve members as they transition between their military and civilian roles. By providing deployment cycle information, resources, and programs, YRRP addresses the unique challenges facing the Guard and Reserve community, including geographic dispersion away from military support networks and fewer deployment resources than the Active Component.

YRRP events provide National Guard and Reserve Service members and those who support them with dynamic and engaging delivery of information before, during, and after deployments. Events connect attendees with local information on health care, education/training opportunities, and financial and legal benefits. These resources help to prepare and guide attendees through the hardships of deployment, then enable Service members to successfully reintegrate back into their families, communities and careers.

Commanders and leaders play a critical role in assuring that National Guard and Reserve Service members and their families attend Yellow Ribbon Events. Each National Guard and Reserve Component executes its own YRRP support services in the manner that best meets their unique missions and challenges. The multi-Service program has impacted more than 1.5 million individuals since inception and shares a common goal: to help maintain the readiness of the Force and to build stronger, more resilient families.”

So how did I come to be threatened with an Article 15 for something so innocuous sounding? Good question, but first it helps to know a little about me.

Firstly, I hate personal awards and accolades. Not for other people but ones given to me personally. I have always been of the mindset that the needs of others comes first and anything that I may appear to have accomplished is nearly always a team effort. It seems wrong for me to get credit for what others should also be getting credit for. That’s just me, I can’t help it so accept me for who I am. Anytime there is a discussion on awards I always try to step into the shadows and push the others up into the limelight.

I also hate candy jar awards. You know, the ones where some Admin Officer at higher HQ says that there aren’t enough awards being issued and then NCOs are told to get on the ball and submit some. Honestly, that kind of award is insulting to me and cheapens the those that really have some meat behind them. When I go and talk to school kids on Veteran’s Day I give them a choice of uniform and they normally request the dress uniform. Invariably one kid always asks what all the ribbons mean. My standard answer is that, for most of them, I don’t know. I tell them that lots of them are like getting a participant ribbon on track day at school. But then I tell them about the ones that really mean something to me, and there are only a few. That’s one thing I liked about Gen Curtis LeMay. He normally only wore two rows of ribbons, and most of which were WWII campaign medals. (I didn’t look up the exact details so don’t quote me)

And there’s something else I hate about candy jar awards. They are often being submitted by people who don’t even know you or weren’t there when it happened. Then some officer makes you stand up and pin this thing on you while some dweeb admin reads the citation. Then photos are taken, never to be seen again. All the while the rest of the squadron is standing at attention knowing full well that the whole thing is a sham. And you know that they know that you know. And probably the officer pinning it on knows the same thing. Actually even the janitor knows, as does his wife, and their dog.

And then there are the awards that everyone gets for deploying. Everyone, no matter what they did. All because they got on a plane and went somewhere for a while. These are like tourist t-shirts. “I Partied at Miami Beach.” Now please understand that all this is how I feel about me. If you like all the awards then that’s cool. I’m happy that you get self-fulfillment and self-actualization from it. 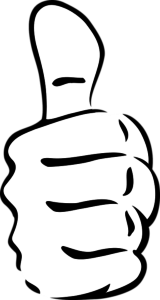 Then there is another facet to this threat event. I can’t stand when things are done way down the road because a unit didn’t want to do it in the first place but it was forced upon them. It’s the old, by reg we were supposed to have a family day this FY and it’s Sept 15th so Lt Bagodonuts gets tasked with organizing it at the last minute. And because leadership knows that nobody wants to attend they make attendance mandatory fun. There’s actually a t-shirt that says: “Mandatory Fun” and I own one.

It also helps a bit to know my background. I had relatives in the military all the way back to the Revolutionary War. My grandfather was in WWII and my dad was a Crew Chief in the Air Force, and I married an Air Force Brat. During my 38-year career I served under all the Chief Master Sergeants of the Air Force except the first seven. My career also spanned half of the total existence of the Air Force as a separate branch. I was an aircraft Crew Chief and that’s all I ever wanted and all I ever loved. All the other stuff in the Air Force didn’t matter to me. To say that I was mission-minded was an understatement. I had no room for the fluff, politics, and group hugs that has become so prevalent in recent years. As an example, once when we were deployed some E-2 [airman] was whining to me that he was upset about being in a war zone and that he didn’t sign up for that. I asked him why he thought they gave him a camouflage uniform. Because it was stylish? I told him to get out of my face which then led to me getting counseled. Lol! I’m telling you all of this just so that you know that the mission is where I get my satisfaction, and not all the silly morale boosting trappings concocted by admins who are jockeying for face-time with the commander.

Fast forward to the YRRP. By the time it was enacted I had already been in for 28 years. I didn’t come home from trips to new babies, I came home to new grandbabies. Trips and deployments were a part of life for my wife and kids and it was what it was. No big deal. I was always excited to go but also excited to come home. And for me the best part of deploying was coming home and having your family waiting for you at the airport. Honestly I didn’t need formal “reintegration time” and all the other stuff noted above in the description of the program.

Again – don’t get me wrong. I applaud the powers that be for doing something to help troops reintegrate, I just personally didn’t need it. But they made it mandatory. And today (unless it’s changed) returning people have to spend a week at the base going through all the stuff and attending a welcome home party. Most people I talked to just wanted to be home in their own beds with their spouses.

Now the real problem for me came when they enacted the program they mandated that people who had been deployed during the previous ten years be included in the initial program. Fortunately the initial part for our unit was just some awards to make sure that people were thanked for having deployed. At great taxpayer expense they made up these huge picture framed awards with your name and a coin inset it to the mat, and a special presentation box. They weighed a ton and were probably 16 x 24. Wives were given Yellow Ribbon logo pens, and the kids got Yellow Ribbon logo dog tags. My kids had all graduated High School by this time and of course were disinterested in receiving generic dog tags. 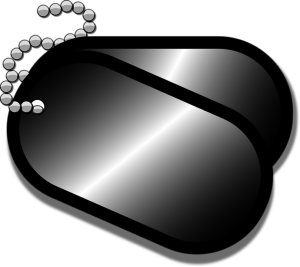 Now here’s the kicker. The awards were being issued in a group ceremony in like 2009 or so. The last time I had deployed for a contingency was 2003 for ONW/OIF. And it was with a completely different unit. Needless to say I thought the whole thing was a big joke. Everyone on base was going to have to stand all day in a hot hangar while Commanders pontificated, Chaplains invocated, Colors presented, National Anthem sung, as a massive train of uniformed people would get their dole of candy.

For months prior I had made it known (even multiple times to my E-9) that I would not be attending the ceremony. I was an E-7 at the time and I worked for an E-9 in a QA shop where everyone was E-6 or above. We all knew each other well and my expressed displeasure wouldn’t have influenced my peers to rebellion. They just knew it was me and that I hated most awards.

The dreaded hot August day arrived and I was griping from the minute I walked in the door. The time drew near and people started getting ready to head to the hangar. I sat in my Chair Force chair smug in the fact that I wasn’t going to have to go. Then my E-9 walked out and said, “Time to go Dave” to which I replied, “Well I told you I wasn’t going to this stupid dog and pony show.” He then looked at me and said, “Well it’s important for you to at least accept the award to show the younger troops that we care.” I think it was my final comeback that pushed him over the edge. “Honestly Chief, I show the troops that I care by taking care of them every day and putting their needs above my own. Besides that, they won’t even know that I was supposed to be there.”

That was pretty much it and he snapped back, “You will go, that’s an order. Or do you want an Article 15?” 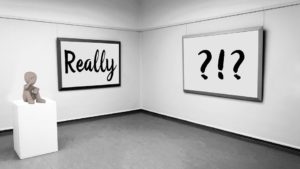 I decided at this point that discretion was the better part of valor and I put my tail between my legs and suffered though the ceremony, which was just as bad as what I’d imagined. To top it off the Commander decided it needed to be closed out by singing the Air Force song. Now don’t get me wrong, I love the Air Force, but I hate that song. I gained some modicum of self-respect back by sticking it to the man by refusing to sing along.

Later in the day after it was all over you could see presentation boxes in trash cans and dumpsters and most of them hadn’t even been opened. Mine went home and was tossed on the floor of the garage to eventually return to the awards hell from whence it came.

Now I’m sure some people would say that my behavior was not that which would be fitting of a senior NCO and you’re probably right. But then again I did a lot of things that weren’t fitting of the accepted image. But I took care of my people to the best of my ability as I did my jets and the pilots who flew in them.

I eventually made E-9 [CMSgt], to wit I’ve always said just merely illustrates the incompetence of my leadership.