HomeCultureMilitaryWhen It Comes to Gender Integration in the Military, “Equality” Begins with “Apathy” 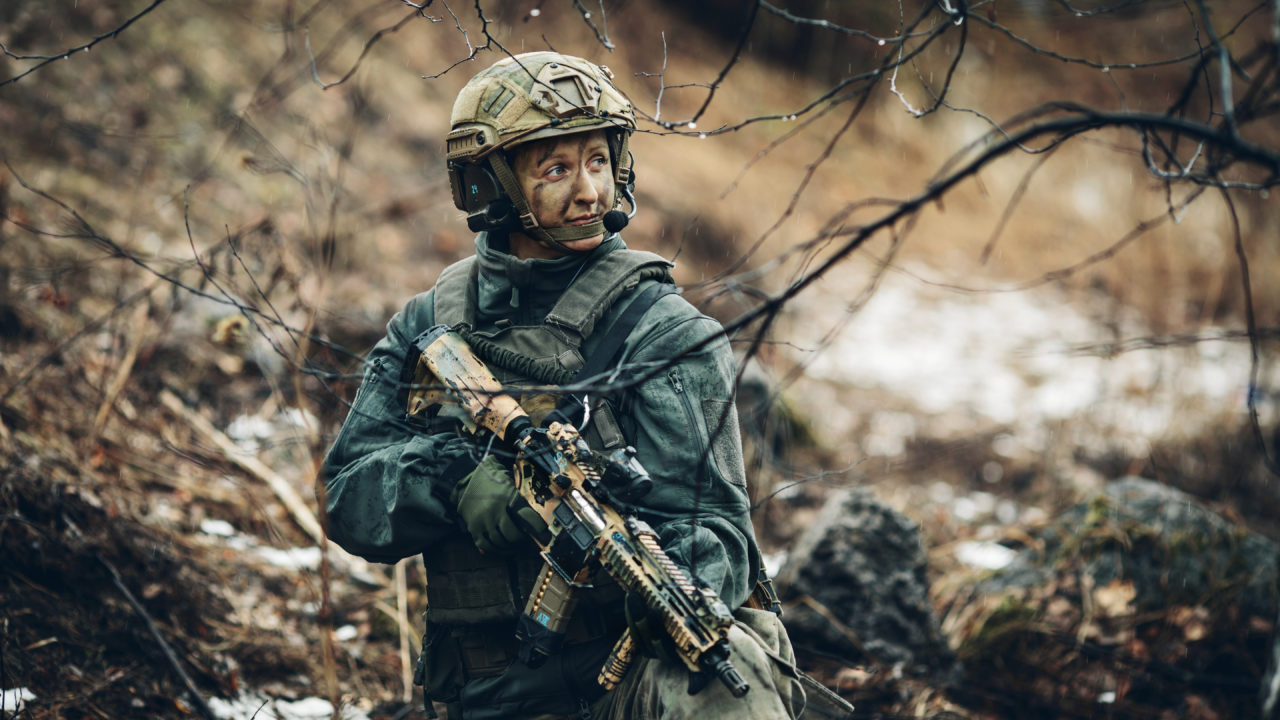 I am a junior officer in the U.S. Army, and my unit is currently on a rotational deployment. During our integration training at our post (essentially the same set of briefings every soldier goes through when he or she arrives at a new duty station, teaching him about the post, the area, the unit history, the resources available for soldiers and families, etc.) something was said that did not sit well with me, and it has not sat well with me since.

The senior officer who gave the first briefing that day began by asking, “Are there any female 11Bs here?”

This, combined with the fact that our battalion’s infantry company was not even present, showed that he did not know who he was briefing. I am sure that he is quite busy, but it’s good to know who you are speaking to and not just consider them to be “some other unit.”

I was taken aback that this senior officer who opened his briefing that way. He was there to talk to us about our post, the host nation, the history of our alliance, and the current operating environment. Asking if there were any infantrywomen present had absolutely nothing to do with that.

There are many diverse and strongly held opinions about the integration of women into combat roles. The majority of people do not develop these positions from a perspective of bigotry or malice. But a decision has been made by our leadership. Some think that the way we did things in the past was better than the current policy. In the future, we may come up with different policies. However, the policy we have now is our standard, and upholding it is part of what makes us professionals.

The consistent message that I have received as a company-grade officer in a line combat unit is that my job will be to successfully integrate female soldiers and to hold them to the same standards to which I hold male soldiers. The way our briefer began his presentation undermined my ability to successfully do so and undermined soldiers’ trust in their leaders as this process unfolds.

Starting a brief that has nothing to do with integrating women into combat roles in such a way makes male soldiers think, “Why does this guy want to call the women out in front of everyone?”, triggering two lines of thought: first, that the decision to allow women into combat arms was made for mostly political and careerist reasons. Plenty of people, in and out of the military, believe that this was so – and maybe it was – but whether it was or was not, that perception damages the legitimacy of leadership. The quality and effectiveness of a military – of the profession of arms – is defined at its pointy end, and if leaders give their subordinates reason to trust them less than fully there are very real and possibly very final consequences.

Second, it makes many soldiers think that the women are being singled out for public accolades, special recognition, extra privileges, and rapid promotion, which all link back to the political nature they sense behind the policy decision. Whether they sense it rightly or wrongly, they do sense it. What that senior officer did, although it may seem like it was nothing more than an aside, reinforced that perception.

To look at it another way, let’s say that there had been an infantrywoman there. She would have been called out for some sort of recognition by that senior officer for no other reason than that she was a woman. Maybe everyone else in the room would have been expected to clap. Maybe we would have gotten some kind of stern reminder that, “She is just as much a part of the team as the rest of you.” Whatever might have happened, she would have been put on the spot in an awkward and uninvited way.

The overwhelming majority of women I have met in my short time in the service, whether interested in combat roles or not, have simply wanted to serve and to do so without any fanfare. Likewise, almost all women I know who have expressed an interest in serving in combat roles do not want any extra recognition, but only to be able to serve in the same capacities as men.

Had there been an infantrywoman (or a woman in any combat MOS) there that day, she would likely have been put on the spot in a way that only someone who wanted to make a show of the change would want. Additionally, she would perhaps have been left in an awkward position, feeling like she owed some sort of explanation to her battle buddies that she, too, is a soldier, just like them, and that she doesn’t want any special recognition or perks. Putting a soldier in such a situation is detrimental to both the cohesion of her unit and to her individual morale and sense of belonging in that unit.

As a leader, I would be in an awkward position. After an officer who is echelons above my level and has decades more experience than I do in the Army goes out of his way to highlight the integration of women into combat arms, how am I supposed to stand in front of soldiers and say that “G.I. Jane” is going to be treated in exactly the same way as “G.I. Joe,” when certain senior leaders seem to have indicated otherwise?

In such a situation, I would do what I have been instructed to do: hold female soldiers to the same standards as male soldiers. Nevertheless, the senior officer’s actions would be detrimental to the attitudes, morale, and cohesiveness of our platoon. A shadow of illegitimacy, and by it, mistrust, would lurk.

Perhaps some might say that simply recognizing these women in front of their peers would not be such a big deal. But messages are transmitted indirectly as well as directly. Special accolades and shout-outs for women in combat roles tell men in those roles that the women are special. Now, in fact, they are, in their own way, special – they are the first women to serve in combat roles. Even those who think that integration is unwise must acknowledge that what these women are doing is new.

However, in the military, the unit is more important than both the individual and any demographic to which an individual may belong.  Gender neutrality, or better yet gender apathy, should be the norm. Singling out women for special praise or privileges damages male soldiers’ trust in their leadership and the policymakers that made this decision. It puts female soldiers in the most awkward of positions with respect to their peers. They don’t need it. They don’t want it. So stop doing it.

Finally, it undermines the ability of leaders to successfully manage this integration, because no matter how equally we treat men and women, there will be a lingering atmosphere of mistrust, inequality, and unprofessionalism undermining the whole process.

This first appeared in The Havok Journal on February 25, 2019.