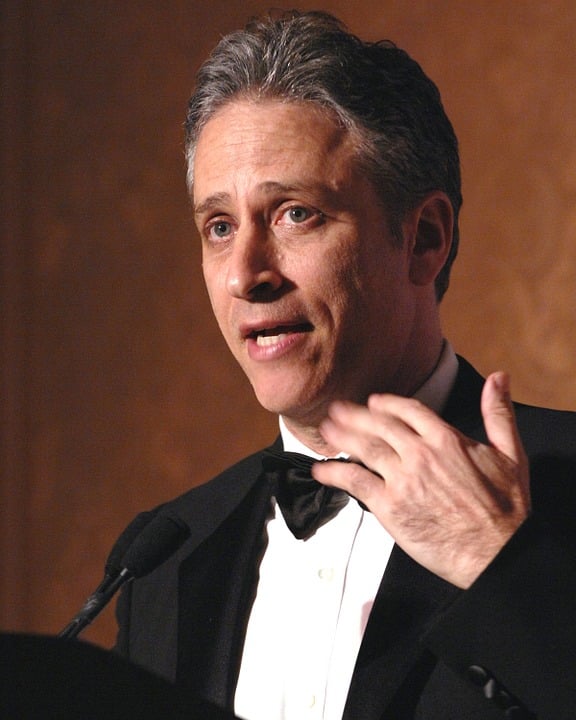 Jon Stewart Is a Ridiculous Hypocrite—A Note from a Veteran About the 9/11 First Responder Bill Charade
by Mr. Twisted

By now I’m sure many out there have seen the former comedic talk show host, Jon Stewart, lamenting the attention given to 9/11 first responders while giving testimony to a Congressional hearing. If not, here’s the rundown on his passionate plea.

Unfortunately, many people in this community—military, veterans, law enforcement, and EMS personnel—just take Stewart’s words at face value. After all, what he says makes sense at first glance—Congress is mostly a heaping pile of dung and calling them out for their lack of attention is certainly fair. But after digging into what Stewart says, not only is it ridiculous, but it’s blatantly hypocritical and shows him to be the elitist sham that he truly is.

As a full disclosure, it’s important to note that I used to really like Stewart. He always came across as intelligent and funny, even if I disagreed with his political leanings on some things. He was good at what he did. But now we are getting to see him for what he is—a hack who thinks he knows more than he does and who believes he should be respected more than the average person.

Consider his testimony on the Hill. Employing his “clown nose off” persona, Stewart admonishes the committee for doing essentially what committees do and not having a filled-to-capacity room:

“As I sit here today, I can’t help but think, what an incredible metaphor this room is for the entire process that getting health care and benefits for 9/11 first responders has come to…Behind me, a filled room of 9/11 first responders, and in front of me, a nearly empty Congress.”

It’s important to understand what an astonishing level of arrogance a statement like this requires. Anyone who has worked in politics for more than five minutes knows that committee hearings are almost entirely a sham—everyone who is anyone knows the outcome of the hearing well before it starts, and if you don’t, well, let’s just say there’s a high probability that you’re the rube.

But Stewart thinks he’s special, and how dare any of you treat him like an average citizen. There should be a row of Congressmen lapping up his every word! They should be thankful to have him there, defending our defenders, amirite?!?

This is ridiculous, of course—committee hearings are a giant bore and most Congressmen are conducting other business while they go on and continually having staffers run in and out to do things for them. That’s normal.

For Stewart to make the statement above means that either: 1) he’s the rube and has no idea what’s going on, or 2) he fundamentally believes he should be treated differently because, well, he’s Jon Stewart, of course!

“Shameful. It’s an embarrassment to the country and it is a stain on this institution. And you should be ashamed of yourselves for those that aren’t here. But you won’t be, because accountability doesn’t appear to be something that occurs in this chamber.”

Anyone who has read my writings over the years knows I’m about the last person to defend Congress. But this is pure grandstanding on Stewart’s part. Like I said, he’s either blissfully unaware of how these things work or he’s of the honest belief that he deserves better.

But it gets worse, because at the core of all of this is a giant bundle of hypocrisy. Stewart is now going on talk shows slamming Senators Mike Lee and Rand Paul for “blocking” the 9/11 First Responders Bill, saying:

“It’s absolutely outrageous…You’ll pardon me if I’m not impressed in any way by Rand Paul’s fiscal responsibility virtue signaling.

“Rand Paul presented tissue paper avoidance of the $1.5 trillion tax cut that added hundreds of billions of dollars to our deficit, and now he stands up at the last minute after 15 years of blood, sweat and tears from the 9/11 community to say that it’s all over now…Now we’re going to balance the budget on the backs of the 9/11 first responder community.”

You’ll pardon me, Mr. Stewart, if I’m not impressed by your own virtue signaling and lack of understanding regarding market economics and the ridiculousness of our overly-burdensome tax code.

First, being opposed to more spending while being opposed to a tax cut is in no way “hypocritical.” It is a logically coherent position to be in favor of people and businesses keeping more of their own earnings while stating that we should be highly skeptical of dolling out massive sums of money to labor unions known for fraud, waste, and abuse (as well as spending a great deal of their money on furthering their own political causes rather than using it for its intended purpose).

What is hypocrisy is when someone like Jon Stewart says anything about a balanced budget or the deficit. Or can you point me to a time when the comedian-turned-Mr. Smith-goes-to-Washington actually opposed a government spending program?

News flash to Mr. Stewart (and any of you who aren’t paying attention): our government is running out of money. Quickly. We are $22 trillion in debt—which is rising at a rather rapid pace—and we will face a reckoning for that in the near future. This is not a maybe. In the end, math wins.

But Stewart, who thinks socialism—as long as he defines it his way—is just swell, doesn’t see the connection. Like so many college students and congressmen (with whom he’s far more closely aligned than his testimony can admit), he sees no connection between government programs requiring large sums of money and us eventually going broke.

And, like all Progressives (which, for the record, includes most of the Republican Party—hard pill to swallow for some, I know), he’s getting super-duper mad about his special interests because they are super-duper serious—unlike the programs pushed by those other guys. His are real, donchaknow. Don’t touch my stuff, but yours is free game. Or something.

Here’s the bottom line. The inside scoop from The Hill is that the 9/11 First Responders Bill has a whole lot more to do with unions wanting money than it does with something highly noble, as Stewart would have you believe.

Senators Paul and Lee have stated multiple times that they’re not even “blocking” the bill so much as they are looking to “offset the cost” (means for which a plethora of options exist) because, again, we’re going broke. Look at that link and then try to tell me that Sen. Paul doesn’t have a solid point.

This angers the man who has taken his clown nose off and expects you to take everything he says super-seriously because, duh, he’s Jon Stewart. How dare you think he’s just an average human! That’s hypocrisy. He’s never been opposed to the plans that have put us in our current financial situation, he thinks the programs he champions are exempt from scrutiny, and he wants everyone to make a spectacle out of his gracing Congress with his presence.

When you want to buy something new, you figure out a way to pay for it, even if you really, really want it. Stewart skipped that step and is excoriating anyone who calls him on it.

That’s not noble, even if the people he’s defending were.