HomeCultureWould You Refuse to Salute Hitler? 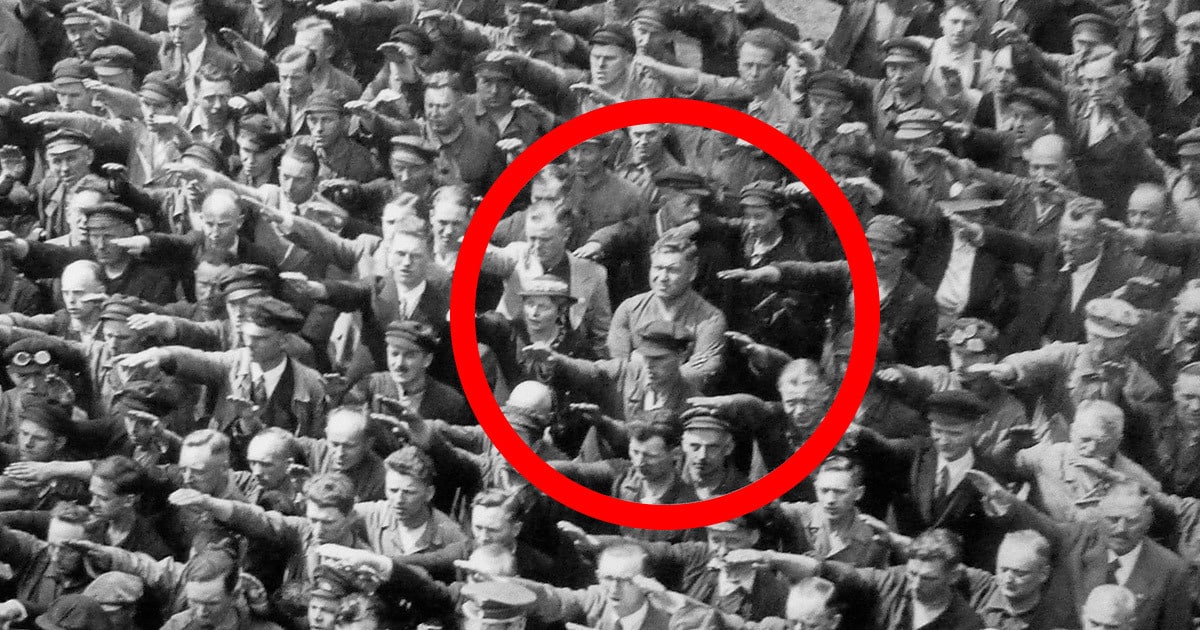 Sometimes going along with the crowd is the absolute wrong thing to do. It takes guts to swim against the current, and sometimes it might cost you more than you intended. I was reminded of this when I saw a picture of a 1930s-era Nazi rally contained in a Buzzfeed article I read recently.  All of the men and women 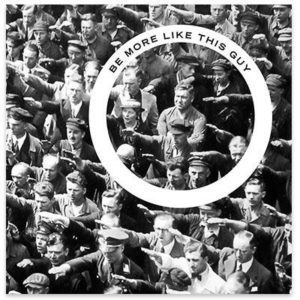 of the crowd were enthusiastically giving the Nazi salute to Hitler… except for “that guy.” One lone man stood, arms folded, with a look of contempt on his face.  He alone was willing to buck the system and not acquiesce to something he knew was deeply flawed.

Unfortunately, as happens in many similar cases, the lone dissenter paid the price. Already on the outs with the Nazi Party for committing the cardinal sin of daring to love a Jewish woman, August Landmesser, was later jailed and eventually sent to a military penal battalion, and was reportedly killed in action.

While many of us won’t face death for our beliefs, there are often negative consequences for doing or saying the right thing. We might face social ostracization, the loss of friends, or even a job.  We might get attacked physically, verbally, or virtually. But that doesn’t mean that we shouldn’t stand up for what’s right.

Landmesser joined the Nazi Party in 1931 in hopes of gaining employment and was a member until 1935, when he was expelled for marrying a Jewish woman named Irma Eckler. Landmesser had two daughters with Eckler and it cost him jail time for Rassenschande (dishonoring the race).

Landmesser is believed to have served prison time from 1938–1941, after which he was discharged to serve in the military. Landmesser, however, quickly went missing and was presumed dead.

His wife, Irma, suffered a similar fate. She was jailed by the Gestapo and died during the war. The children of Irma and Landmesser were separated.

Read the original article for yourself here. Sometimes all it takes is a spark to ignite a revolution.  Do YOU have what it takes to “be that guy?”

This first appeared in The Havok Journal on December 26, 2014.