HomeCultureFoodWhat Foods Are Most Likely to Make You Sick? 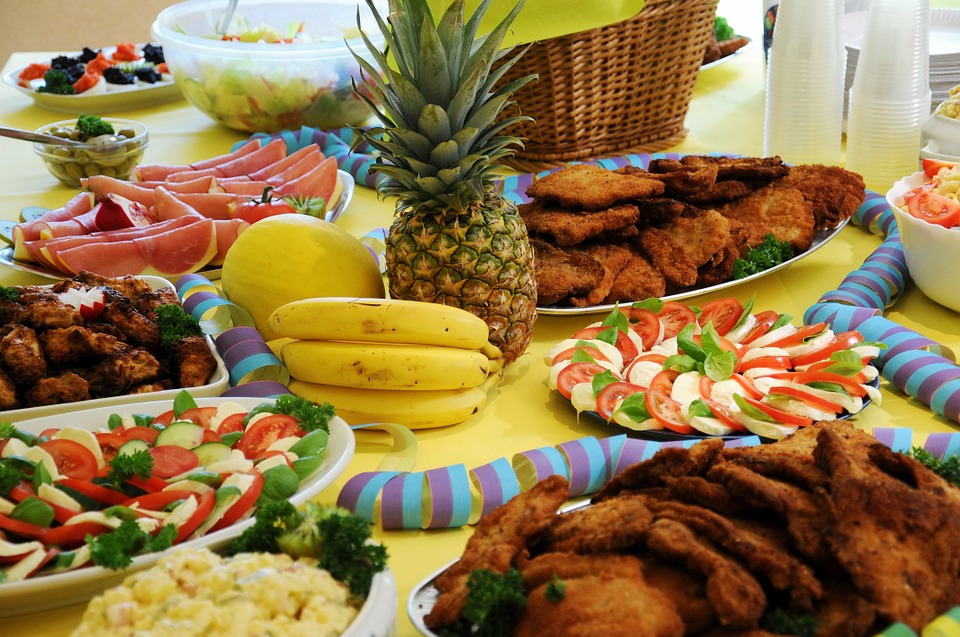 Food-related illnesses are more common when the weather is warm, usually because people are cooking and eating outside more often. People are also more likely to have barbecues and other outdoor parties, and they leave the food sitting for long periods of time.

Foodborne illness can come from something you eat at a restaurant, a food truck, or something you or someone you know prepares in your home.

Food poisoning comes from eating food contaminated with infectious organisms. These organisms can include viruses, parasites, and bacteria.

Contamination can occur not only when food is being handled and prepared but even when it’s being processed before it even reaches a store.

For most people, food poisoning may be difficult to deal with, but it’s mild and will go away on its own. Some people, however, become very sick and need medical treatment.

While the symptoms depend on the contamination source, frequent signs of food poisoning include nausea and vomiting, diarrhea, abdominal cramps and pain, and sometimes a fever.

If you know which foods most often contribute to food poisoning, you can potentially avoid them or only eat them when they’re carefully prepared. The following are some of the primary culprits of foodborne illness.

Chicken, turkey, pork, and beef are all carriers of organisms that can lead to foodborne illness.

Most raw poultry has something called Campylobacter. These meats may also have Salmonella, and Clostridium perfringens, which are both bacteria.

You should thoroughly cook all meat and poultry and use a meat thermometer to make sure it reaches an internal temperature that’s safe to eat. Refrigerate leftovers within two hours after preparing meat and poultry.

When you’re cooking poultry and meat, make sure that you’re not letting it come in contact with surfaces and cutting boards that other foods will also have contact with, which can lead to cross-contamination.

Leafy Greens and Other Vegetables

Leafy greens like lettuce and spinach are a big source of foodborne illness, but they’re one of the more overlooked contaminant risks.

Greens, as well as other fruits and vegetables, can be especially problematic because they’re often eaten raw.

You should always wash your leaves and vegetables before you eat them. Make sure if you buy bag salad, it looks fresh and doesn’t have any mushy leaves. Don’t eat salads that have been left sitting out at room temperature.

Eggs consumed either raw or undercooked can carry the bacteria Salmonella. Both the eggshell and inside the egg can be affected.

Every year, contaminated eggs are linked to around 30 deaths in the U.S.

Don’t eat eggs that have a shell that’s dirty or cracked. If you’re making something with lightly cooked or raw egg, try to use pasteurized eggs.

Unpasteurized milk and cheese can make you sick. Cheeses made with unpasteurized milk include queso fresco, feta, and brie. Typically, raw milk is pasteurized to make it safe to consume. Pasteurizationuses  heat to kill bacteria and germs.

Listeria infections can come from having raw or unpasteurized dairy, and these are especially dangerous for pregnant women, people with compromised immune systems, and older people.

In pregnant women, becoming infected with listeria can lead to stillbirth, miscarriage, and preterm death.

You should cook seafood before consuming it. If you eat raw or undercooked shellfish or other types of seafood, you’re at risk of becoming sick.

In particular, oysters and other similar shellfish that are filter feeders can have viruses and bacteria. For example, if an oyster is harvested from contaminated water, it may have norovirus. Raw or undercooked oysters can also have Vibrio bacteria that can lead to an infection.

Finally, raw sprouts can have a high risk of leading to food poisoning, usually because they have bacteria like Listeria, E. coli, and Salmonella.