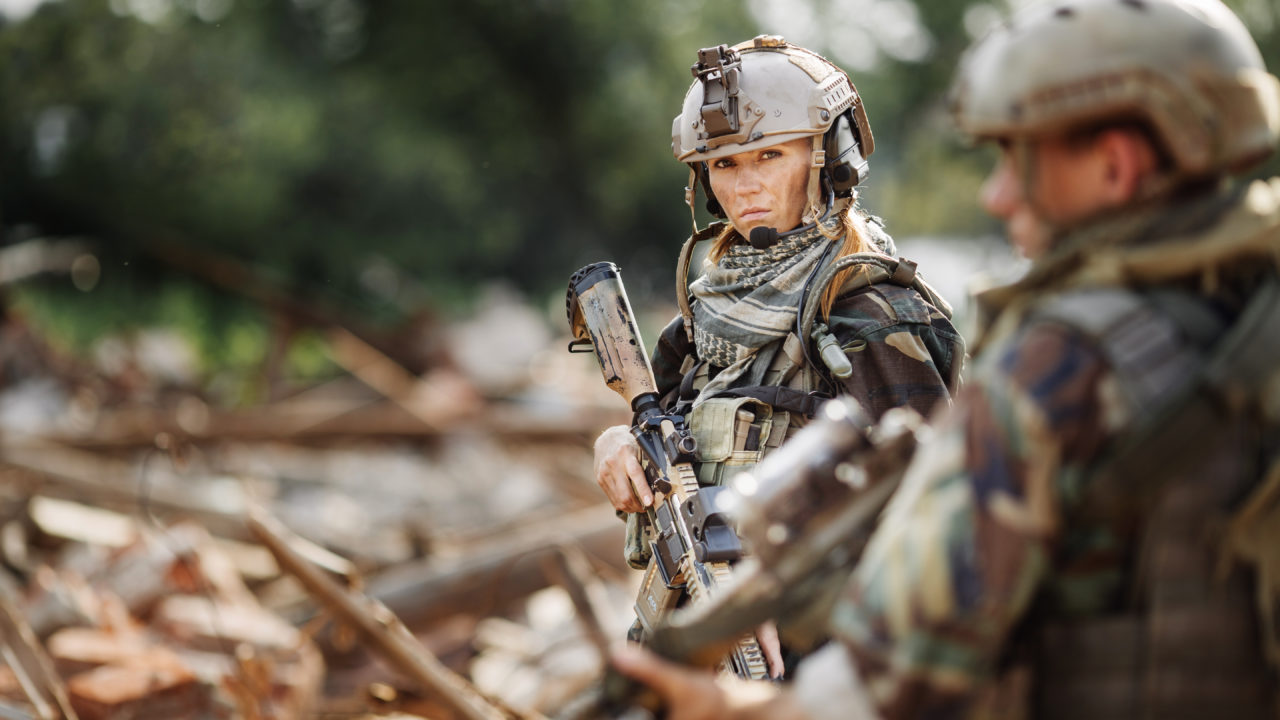 It has become very apparent that women in combat occupations will happen whether you like it or not. It doesn’t matter how many combat veterans come forward saying that this is a bad idea based on their combat experience. It doesn’t matter how much scientific data is presented to show that this is a bad idea. The fact of the matter is that politics, for better or worse, has dictated that this WILL happen. So I come to you today with a different approach to this discussion.

Many of us have read news reports, blog posts, and forum threads about this issue until our eyes were blood shot. We have discussed the looming possibility over beers with friends, coffee with parents, and in whispers while pulling security during training exercises. So my aim is not to talk about whether women should or should not be allowed in combat arms, but rather approach it as if the SECDEF himself slapped a star (or two?) on my chest and said, “Make this happen”. Anyone who has served in a leadership position in the military knows what it is like to implement and enforce a policy that you don’t personally agree with. So if I were charged with implementing the integration of women into combat occupations, what would I do to make it work?

Let’s first lay a few things out: I am not sexist. I know for a fact that there are females that have performed valiantly in combat. Women have died in defense of this great country. If you served, you served, regardless of what capacity. You raised your right hand when others wouldn’t or couldn’t. I don’t care whether you wear a sports bra or a jock strap; you have my utmost respect for serving.

Now, back to the task at hand. It is my general philosophy that if you are going to bitch and complain about anything, you should first know and recognize what the problem is. Then you need to have a viable solution, as well as a realistic idea on how to implement that solution.

Problem: For the first time in U.S. military history, women will be allowed to serve in combat occupations. Integration will be challenging, as this has been traditionally an all-male area of the military as well as the FACT that males have a significant biological advantage when it comes to physical fitness. Also, sexual misconduct, fraternization, and untimely pregnancies are already an issue in the military, so getting around the “birds and the bee’s” is an issue that must be addressed. 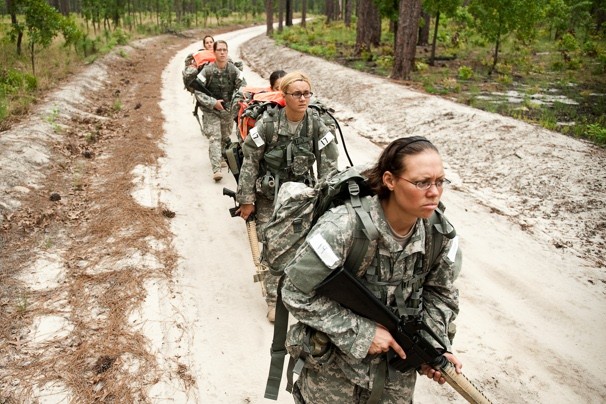 These are the problems that have all been brought up over and over, and are also the most pressing issues when it comes to female integration into combat arms. You’ll notice that I didn’t include “their periods attract bears” and other wildly outdated concerns that have been repeatedly disproven over the past twelve years of constant combat operations. I also think that any mildly educated person cannot argue that these are, in fact, problems. When it comes to support units that have been integrated for decades now, we see some troubling statistics. For example, the February 2013 edition of Obstetrics and Gynecology found that women between the ages of 18 and 44 in the military experience an unintended pregnancy rate that is twice that of their civilian counterparts. Why is this important? In a support unit, a female can continue to do their job right up until they are about to have the baby, as their light duty profile does not restrict them from doing their job. In a combat arms unit, as soon as they are put on that light duty profile, they are no longer mission capable. A squad is down a rifleman or a grenadier in the best-case scenario, and in the worst case they are down a squad leader or platoon sergeant. Remember, these additional “profiles” will be on top of the already annoying amount of injuries that combat arms units have to deal with when keeping their unit combat ready. So how do we mitigate this problem, as well as the others?

Certainly coming up with a viable solution is no easy task. I am going to set political realities aside, so as to avoid veering down a path of idiocy that knows no bounds.

Solution #1: Segregated combat units. This means that women would be allowed to pick up combat military occupation specialties (MOS’s), such as MOS 11B – Light Infantry, but they would all go to the same unit. This will not allow the distraction of natural human sexuality to interfere with training for war. Can women still get pregnant? Yes. Can they still be sexually assaulted? Yes. But will it happen from within the same unit, potentially sabotaging unit integrity in a job that deals with life and death? In rare circumstances, yes. Remember, we are mitigating these problems, not providing a be-all, end-all 100% solution. This also minimizes the gap in physical ability. You don’t have to worry about a 100-pound female having to pick up a 220-pound male, and all the gear on top of that. Will it take an exceptional female to be able to do the job in the first place, yes, but we’ll get to that in a bit. The leadership will initially have to be hand selected female NCO’s and Officers who have proven combat experience in other career fields, and the military will have to pony up and provide some cash bonus’s for the off the street female recruit to take the job when they join. On top of that, they will have to make it so that any female soldier or Marine can transfer MOS’s into a combat specialty (provided they meet the prerequisites) regardless of their original MOS’s current strength.