Telling the Trauma of War
by Matt James

The trauma of war and our ability to talk about it is a constant battle. Not all experiences are the same, and consideration of each has equal importance.

13 years ago, one of my non-commissioned officers died in an ambush (improvised explosive device) in the Al Anbar Province of Iraq. Not unlike other somber anniversary, I reflect on the event, and do what I can to both honor his death, and communicate my experience so that others might learn and understand.

In those first several years, social media didn’t really exist. When Facebook came to prominence, I would type up posts about the event and how it affected me. This also translated to in-person interactions, whereby a discussion would crop up at a bar or restaurant, or some other such public place; usually with another veteran. 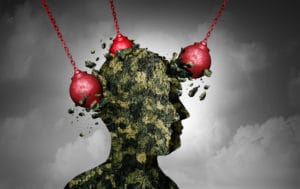 On more than one occasion, my honesty and truthfulness has been called into question when retelling the events that took place in Iraq. Somehow, because I willingly offered to discuss the events, it somehow invalidated my experiences. I have been told everything from that people who have seen real trauma don’t talk about it, to real combat veterans wouldn’t be so willing and openly talk about it.

To say this was off-putting would be an understatement. For many years, I struggled with how I approached the events of May 10, 2005. Was my experience diminished because I could talk about it? Did I experience actual trauma?

These questions, and more, are all ridiculous. Secondary to the loss of my NCO, I suffered severe injuries—ones that would necessitate an immediate MEDIVAC to have an emergency craniotomy performed in Baghdad. Then, on to Landstuhl, Germany where my family was notified to prepare for a flight to Europe (an indicator that a service-member may not live). I spent the following year at Walter Reed, and so on.

I must have missed the memo. Whether it’s my personality, or something else, I don’t have a problem discussing what I experienced in Iraq. Any reservation that may fill my mind arrives only in concern of the audience, and nothing else—sparing graphic details for those who may be uncomfortable.

With each passing year, I have become less and less willing to talk about the events of that day. The worst part is that it has nothing to do with my own psychological suppression. It’s to spare mocking comments from a peanut gallery of veterans I’ve grown to disdain. That isn’t healthy. If a service-member is willing to open up about a traumatic situation, it should be welcomed. If they do not want to, that is fine as well. To each their own, but there is no magic right or wrong way that discussion should or should not occur. 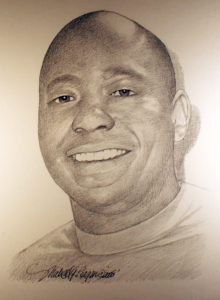 We, as veterans, need to stop the clique-mentality that has started to rage throughout various communities. Your own circumstances and demeanor should not inform some faux standard that all others must abide by. It can create problems that don’t need to exist. Knock it off.

By the way, his name is SSG Samuel T. Castle. He died 13 years ago when an IED hit our convoy on our way to Baghdad from Al Asad. I was the gunner in his vehicle and I remember some of his final words: “James, keep an eye out. Shit may get crazy.” We were about to enter the tarmac from a long dirt back-road, and we were the first convoy out for the night. For reasons unknown to me, we embarked prior to any other unit, to include security forces.

Prior to the convoy, I remember a fleeting moment that would have otherwise been forgotten had it not been for what transpired. SSG Castle was anxious prior to leaving, nervous of the reports we had received of increased insurgent activity along the way. Castle put the groin protector flap of his body armor inside near his chest, hoping it would provide addition protection. At the time, it was hilarious. Today, the memory is just tragic.