HomeCulture10 Things Every Person Should Do in Their Life: An Army Ranger’s Bucket List 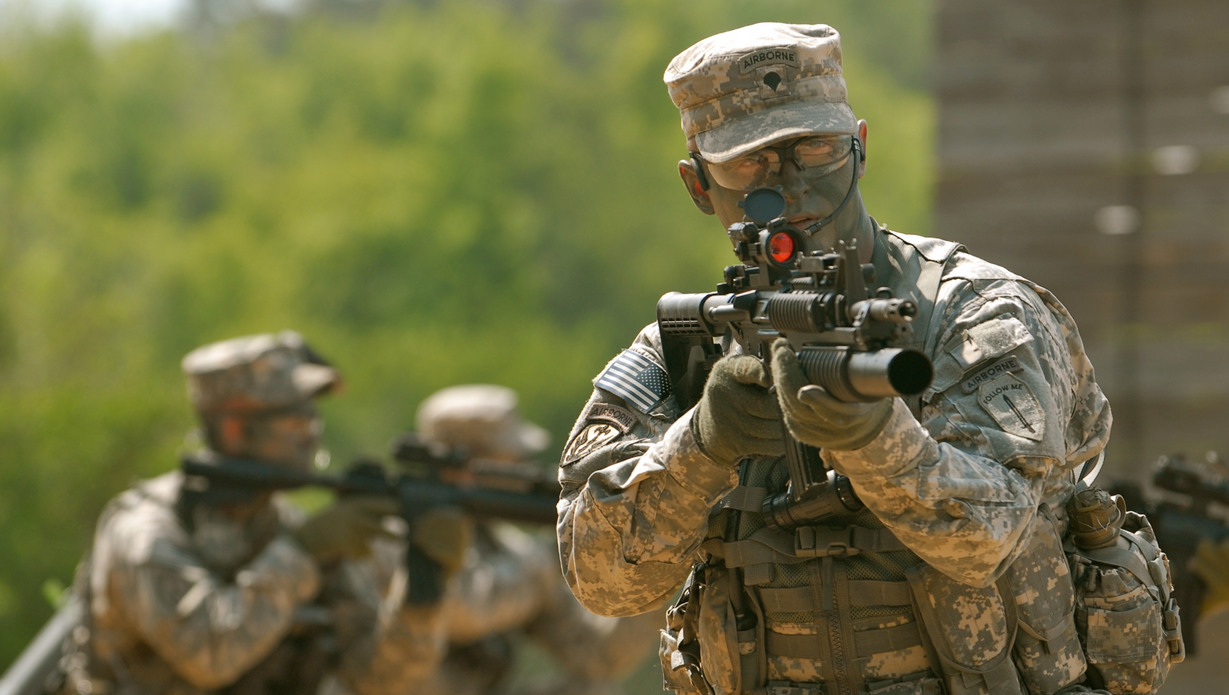 1)  Learn to play a musical instrument
There is something magic in music. Regardless if it is jazz or rock or country or blues or mariachi. It doesn’t matter if it’s the flute, the drums, guitar, or xylophone. Music unites people. Music is a language in and of itself. Learning an instrument is also frustrating as all hell! Great musicians make it look easy but it takes a great deal of patience to arrive at that point. Mastering the piano is a life’s work; It takes a calm commitment. These are the types of things that sharpen your accord.

2)  Learn a foreign language
Language is one of the key differentiating features of culture. Learning another nation’s language is more than memorizing a series of words, it is the act of embracing their heritage. It shows that you are a human being that cares about other human beings, regardless of your cultural differences. Additionally, learning a foreign language makes a few of the other items on this list much easier to accomplish.

3)  Get in a fight
Tyler Durden said it best in Fight Club: “How much can you know about yourself if you’ve never been in a fight?” Now I’m not sure that my father (The man we tend to measure all other men by) has ever been in a fistfight. But he has stood his ground a time or two. I’m not talking about an argument with the misses. I’m talking about digging in, getting rooted, and preparing for war. His fight was over custody of my sisters and me. These moments test our resolve. They let us know that we have power in the world and that our force is one to be recognized. Also, knowing that you can take a punch in the face and stay standing is a massive confidence builder.

4)  Spend more in one night at the bar than your first month’s rent was
This may seem frivolous but is really about perspective and is more of a metric for how far you have come than how drunk you can get. The small incremental steps that you make over the course of your career can create a shadow over your overall progress. After a decade or more in the same line of work, feeling stagnate is natural. Think back to the cost of your first apartment or the room that you rented when you first moved out. Spending that amount on a night out is empowering. It reminds you how far you have really come.

***Bonus list point if you walk into the bar and yell, “Next round is on me!” (I’ve done this three times, it is an incredibly fast way to make friends)

5)  Fill at least one page in a passport
It typically takes about four stamps to fill one page in your passport. A feat that can be accomplished in a single week if proper motivation is applied. It isn’t that difficult. The US dollar is strong and can go further in other countries than North America. Travel deals are abundant online. So why aren’t you traveling? Statistics show that only 3.5% of Americans have traveled overseas (literally overseas, not Mexico or Canada). Traveling removes you from your comfort zone, and that is where the greatest growth occurs.

6)  Go to at least one full college semester
There really isn’t a huge difference (other than the bill) between a large university and a community college for most classes. People that have paid a quarter of a million dollars for a four-year undergraduate degree will argue this point. They have to in order to sleep at night under the weight of that debt. Taking a multitude of classes not only teaches time management skills and improves our ability to create and defend a position, but it also exposes us to a different class of individuals. This becomes the validity of attending a prestigious institution. It isn’t necessarily that the content is better, it is that you are given an opportunity to network with affluent members of the elite social ruling class. So go disagree with your professor, argue your points without fear of persecution, and make lots of friends who will someday be the attorneys you call from jail.

7)  Work in civil/public service
A distinct sense of pride blossoms from the knowledge that you have truly contributed to the greater good of society. Additionally, this experience tends to teach you the types of things they don’t teach in school. The inner workings and of government and what a truly convoluted bureaucratic juggernaut that it is.

8)  Travel without a destination or time frame
Once you have #5 checked off, it is time to up the ante. Travel without a plan. Doing so not only teaches you how to adapt but creates an otherwise unrivaled feeling of absolute freedom. Ask anyone who has gone nomad for any period of time and watch their eyes gleam from the memory of the experience. The adventure doesn’t begin when the trip does, the adventure begins when everything goes to shit!

9)  Stand up to a bully
“In order for evil to flourish, all that is required is that good men do nothing.”  Tyranny comes in all sizes but is, at its core, the same. The ruthless draconian dictator or the guy who slaps a woman around in the bar or the mean-spirited student targeting underclassmen, are in many ways, the same. They all have a concept of how the human pecking order looks and they are at the top of it. The suffering of others is not just a means by which to make themselves feel better but a tool utilized to maintain control. It is a social obligation to intervene in such affairs. Altruism doesn’t require a cape, or a chest of war medals, or bulging muscles, no, all it requires is that a person stand when it is time to stand. Doing so reminds you that you stand for something and as the saying goes, a man must stand for something or he will fall for anything.

10)  Harvest your own food
Contrary to popular belief, the origin of what you consume begins before the grocery store. Taking the time to plant your own food, nurture it to maturation, cultivate, and prepare it before consumption provides a much greater appreciation for something that you have to do on a daily basis; eat. Not the salad type? That’s cool, me either. Recently I have taken up spearfishing. Being in the natural environment of the food we eat provides tremendous insight into the food chain that a book simply can not offer. The act of hunting, fishing, or farming on any scale can be as a spiritual and cathartic experience as it is a necessary aspect to human survival. Another added bonus is that nothing ever tastes better than a fish that you caught yourself!

How many of these have you already accomplished? What is next on your list?

This article first appeared in The Havok Journal on July 20, 2015.